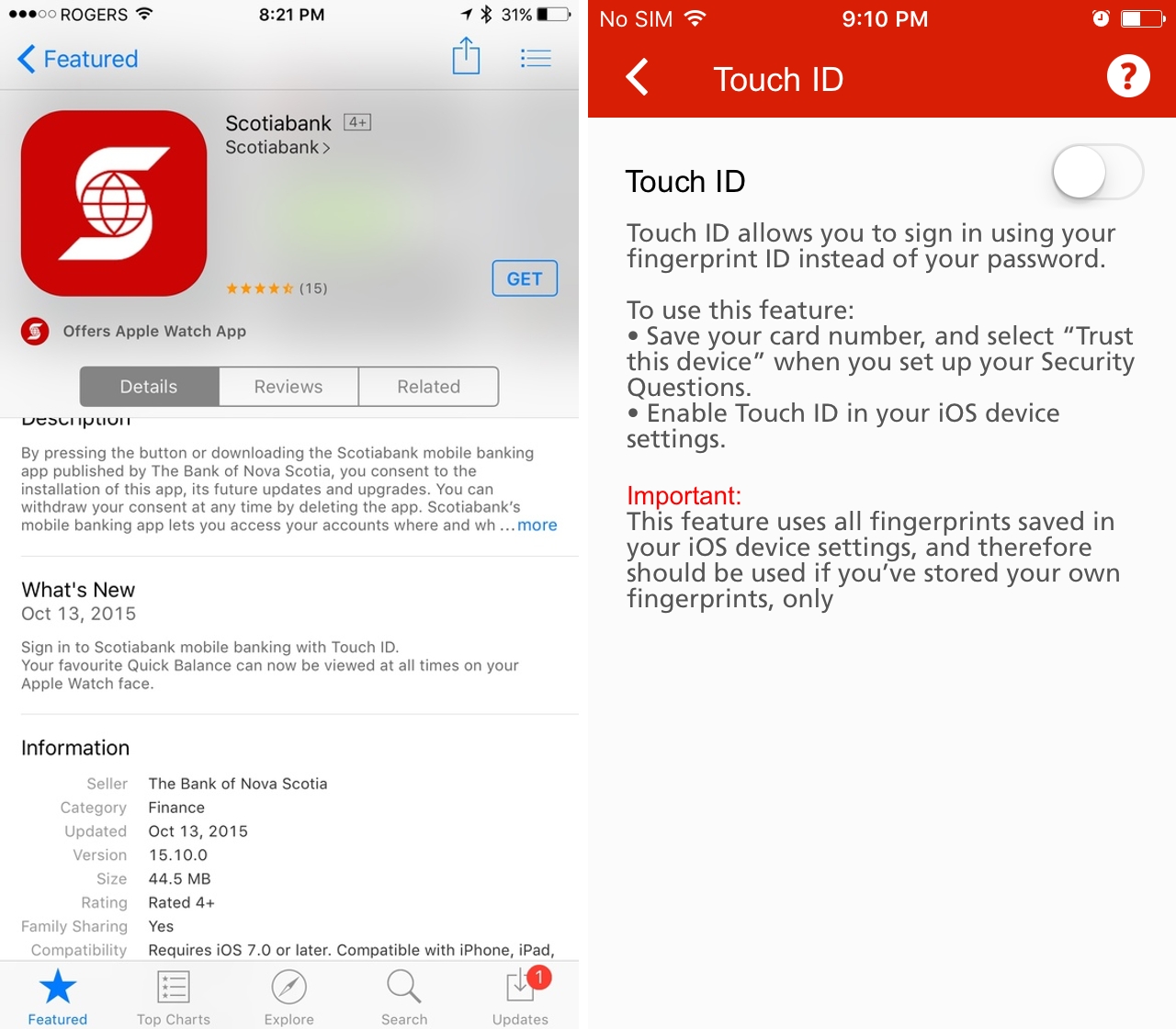 And given that the company’s app has never had baked in support for password managers — though wisely, unlike peer TD Canada Trust, Scotiabank’s has not had a phase where it took away the user’s ability to paste in a password — the addition of Touch ID support is a godsend.

To turn on the feature, hit the hamburger menu located on the top left corner of the main app screen, then tap on the Settings button and lastly navigate to the Touch ID menu. Before you’re able to swipe the toggle that turns on Touch ID, the app will note that you’ll need to both enable Touch ID throughout the operating system and tell the app to remember your bank account number, which you can do on the first screen you encounter after launching the app.

It also mentions that it’s probably not a good idea to enable Touch ID support if multiple people use the device in question and have their fingerprint stored on it.

Download the Scotiabank mobile app from the iTunes App Store.