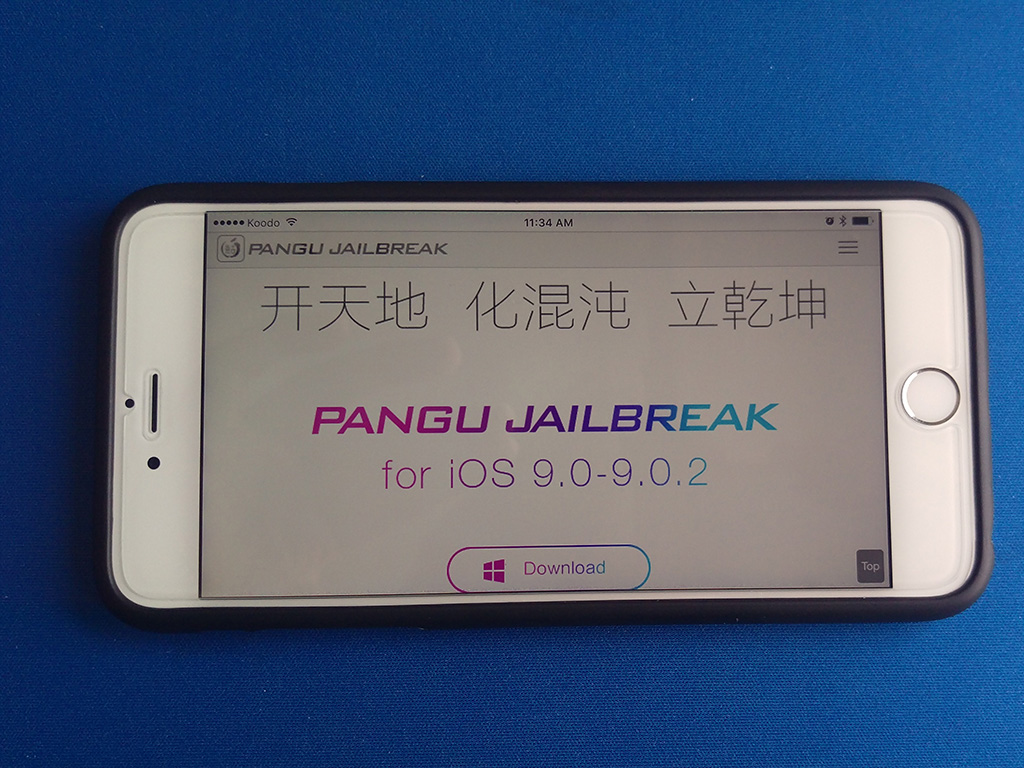 Thanks to Pangu, we now have the first untethered jailbreak for iOS 9 compatible Apple’s entire line of mobile devices, including the iPhone, iPad and iPod touch.

The untethered jailbreak – meaning the device can be restarted and not lose the exploit – is compatible with every public version of iOS 9 (which includes iOS 9.0, iOS 9.0.1 and iOS 9.0.2). Pangu’s latest jailbreak is available for free, but right now is only available via a Windows installer, with Mac support expected to launch at some point in the near future.

While jailbreaking was once extremely popular, unlocking your iOS device from the shackles of Apple’s closed ecosystem has become less popular because the company has slowly added elements of many key jailbreaking apps to its operating system with each new iteration of iOS. Two standout features that were once only available via jailbreaking are a notification centre and the ability to view your iOS device’s Homescreen in landscape mode, as well as a variety of other minor tweaks now integrated into the stock version of iOS.

When it comes to Pangu’s latest iOS 9 jailbreak, while the app isn’t available yet, popular Jailbreak developer, Steve Troughton Smith, recently revealed he was able to get multitasking running iOS 9 thanks to a new jailbreak exploit.

It’s important to note jailbreaking voids your iOS device’s warranty and that Apple repair staff will be able to detect your smartphone has been jailbroken. Backing up your data is also a great idea before attempting to jailbreak your device.

Source: 9to5 Mac Via: Pangu