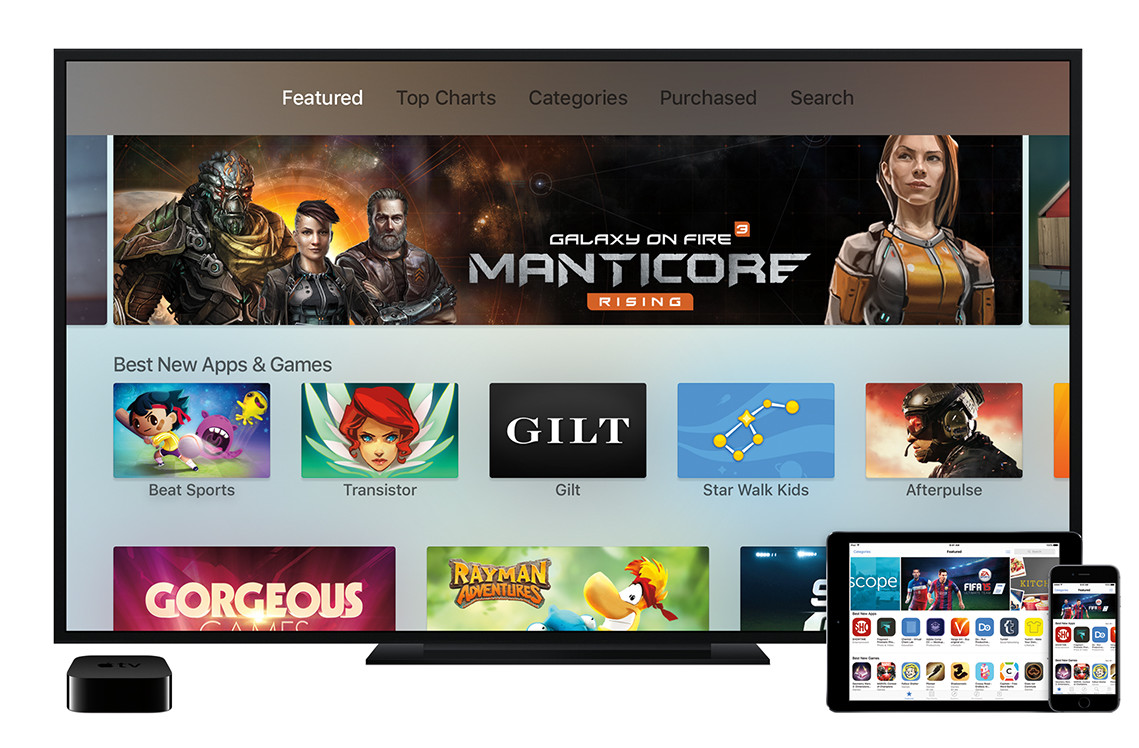 Right now the most obvious change, beyond its user-interface, seems to be the removal of the ability to view a website through an app, also known as a “web view.” Web views are used in a variety of operating systems (whether it’s OS X, iOS, Android, Windows or Linux), and are generally used to open up a web page displaying additional information about the app in question.

Basically, this feature allows users to launch an internet portal without ever having to leave an app. A perfect example of this is an app like Twitter or Facebook. If you click on a link in the app a web page is loaded within the micro-blogging platform’s user-interface.

On a technical level this means that UIWebview and UIKit Class, two tools that allowed developers to build web view framework in past iterations of iOS, will not be part of tvOS.

While the implications of tvOS’ lack of web view are still relatively unknown, because 50 to 80 percent of major apps use the feature within their user-interfaces, this means that applications like Google’s suite of apps won’t work with the new Apple TV, as well as chat applications like Slack. A lack of web view also means it might be harder for some developers to port their apps over from to tvOS from iOS.

On the plus side, since web view doesn’t always look that great in many apps and is commonly known as the “duct tape of the mobile world”, from a user perspective the in-app experience in tvOS apps could be significantly improved.