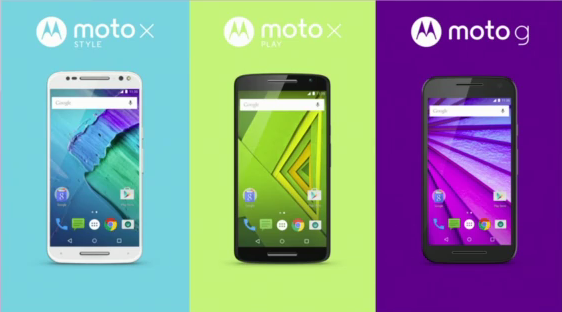 Motorola announced today a second Moto X, which is coming to Canada in August.

The Moto X Play has a 5.5-inch 1080p display and a massive 3630mAh battery, along with the requisite octa-core Snapdragon 615 processor, 2GB of RAM and a water-repellant coating. In Canada, it will come with 16GB of internal storage, and a microSD slot, a first for the Moto X line.

While that may underwhelm compared to last year’s best-in-class-at-the-time Snapdragon 801, the Moto X Play likely has more than enough power to satisfy most people.

Moto X Play also has a 21MP camera, with the same sensor as the one found on the more expensive Moto X Style. The two phones also share the same F2.0 lens, but the Style has Phase-Detection Autofocus, which the Play lacks.

Along with the large battery, Moto X Play comes with a turbo charger that is reportedly faster than the Galaxy S6, meaning that it can go from 0-50% charge in about half an hour. (Only Telus and Koodo are actually including the 15W Turbo Charger in the box, which costs $29 on its own).

Coming to Canada in August on Bell, Koodo, Telus, Videotron and Wind Mobile, the Moto X Play will cost around $400 outright, and likely under $100 on-contract.