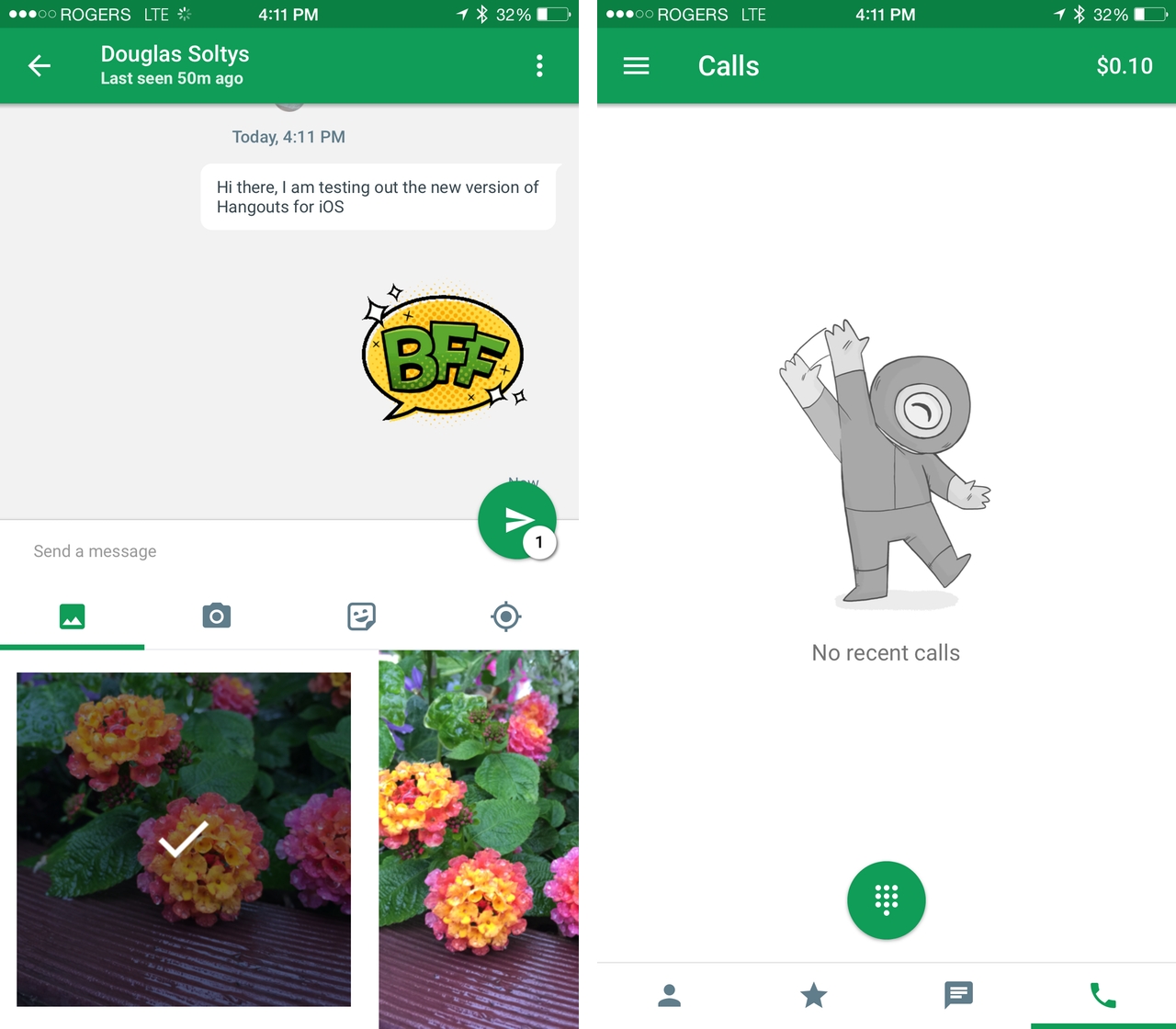 Google Hangouts for iOS has been updated to version 4.0 this afternoon with a number of improvements to the chat window, support for sending multiple photos in a single message, and a new attachments UI that resembles Twitter and Facebook.

The main takeaway from the new version is a nice Material Design makeover, which has touched every part of the app. Chat text is no longer bordered, and once text is entered a floating action button appears to facilitate submission. There’s also a dedicated tab within chats to send location, another new feature to the iOS app.

As with the Android version, Google is pushing Hangouts users on iOS to make VoIP-based phone calls. Calls to other Hangouts users are free, as are those to Canadian and U.S.-based numbers, while calls to other countries are priced around the same as competing VoIP services.