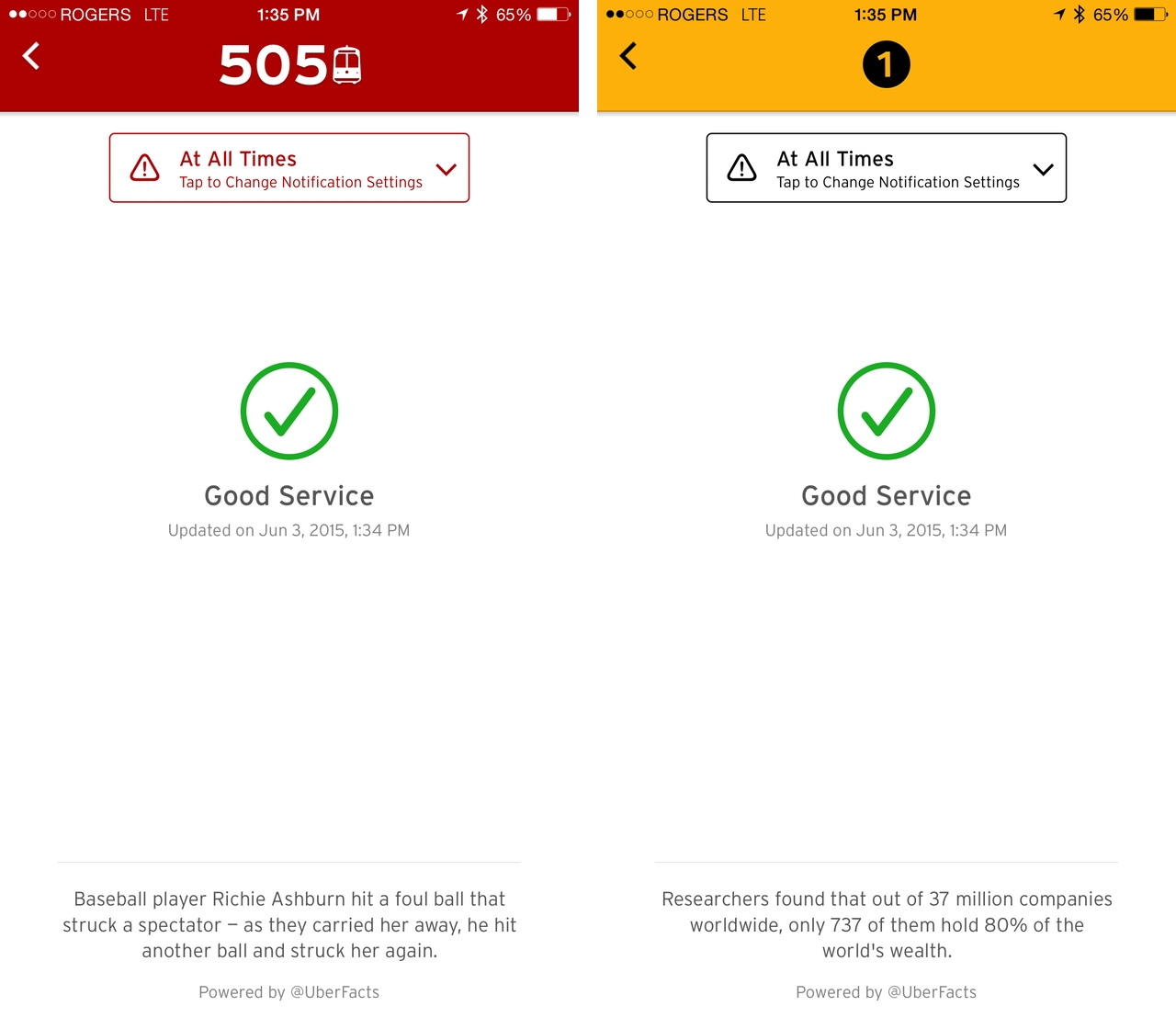 Transit App has added the ability to notify users of service disruptions, in real time, be it subway, streetcar, tram or bus.

The company announced version 3.6 of its popular urban transit app for both iOS and Android, supporting Toronto’s TTC and Montreal’s STM networks in Canada, as well as San Francisco’s BART and MUNI, Boston’s MBTA and New York’s MTA systems.

While other apps like Moovit already support real-time service disruptions, Transit App implements them smartly, allowing users to subscribe to interruption notifications for individual lines, or quickly glance at them based on proximity to a particular line.

Transit App says it will support new cities soon, but in the meantime has added basic transit directions for Rome and Milan’s varied bus, subway and streetcar lines.