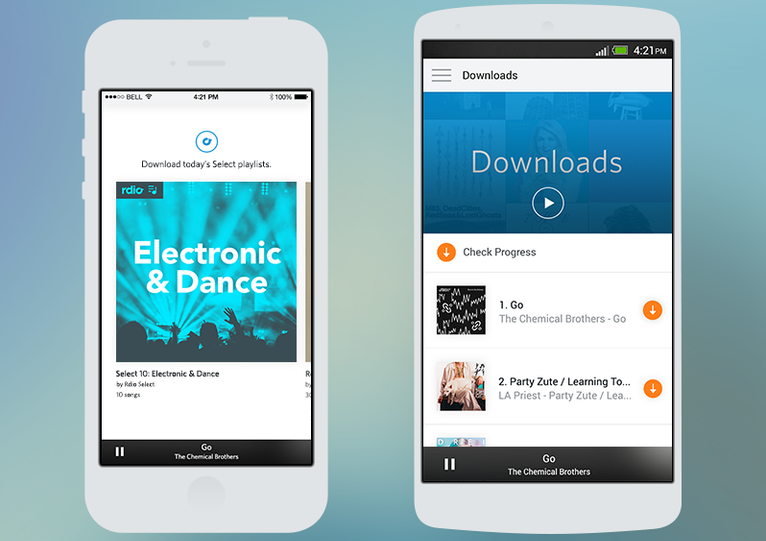 Rdio is hoping to bridge the gap between free and expensive with a cost-conscious version of its streaming music service.

Called Rdio Select, the San Francisco-based company says that the $3.99 per month tier, which offers unlimited radio streaming and 25 on-demand songs per day, is the best of both worlds.

The company found that most people don’t listen to more than 25 songs every day using the Rdio Unlimited tier, and because Select allows them to choose a completely different subset every day, the limit is less strict than it first appears. These 25 songs can also be stored offline, which is useful for commuters.

Select customers also get unlimited skips on Rdio’s radio feature, which includes You.FM, a personalized station automatically created based on a user’s listening patterns. Playlists are also available from big name bands and artists as well as organizations like Rolling Stone and NPR.

Rdio hopes that customers on the Select tier will curate their own daily playlists, using the 25 song limit as inspiration. While the unlimited nature of the $9.99 tier has led to a customer base that takes for granted the endless number of songs at one’s disposal, the limits of Rdio Select lends it a more careful quality, where discovery must be performed with keen ears.

The savings of $72 per year over the Unlimited tier don’t hurt, either.

Rdio is the first streaming company to work out a deal with music labels on a set number of daily songs for on-demand streaming. The all-or-nothing approach has been relatively successful so far, but it has limited the uptake of services like Spotify, Deezer and Rdio. Labels have also been reticent to approve deals for free tiers because the associated ads bring in less money than monthly subscriptions.

Rdio Select launches in Canada and a number of other countries today with a 60-day trial.

Read more: Rithm finds a business model in the space between music sharing and messaging