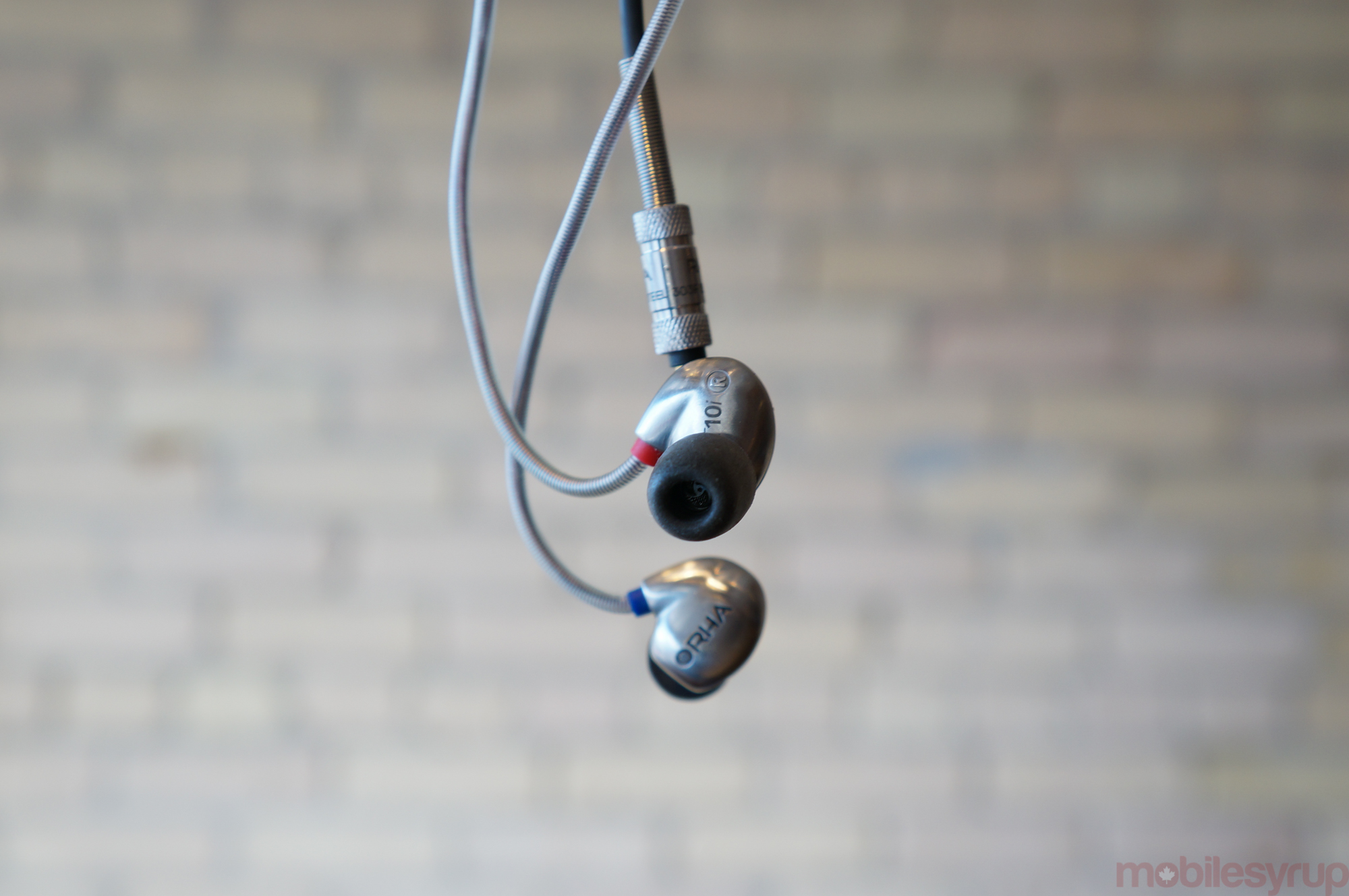 I have oddly-shaped ear canals. It’s not something one would normally think about, but in the ten years since I began listening to high-quality IEM (in-ear monitor) headphones, it’s become something I’ve had to take into account. Whenever I receive a new pair of headphones for review (something we’re going to be doing more on this site, by the way), I consider, Will the included tips fit into my ear? Will it provide a seal? And, more importantly, will that seal be maintained as I walk around? 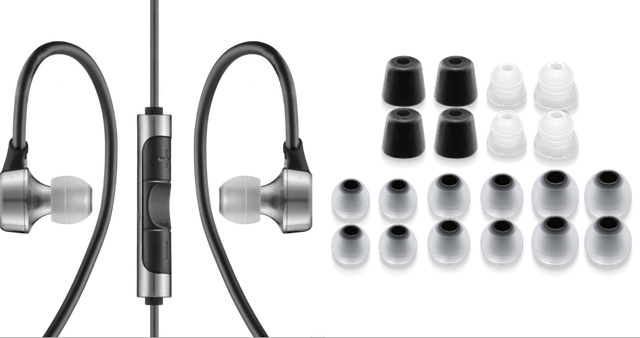 RHA, a British company that began distributing its wares in Canada in 2013, is foraging into the hi-fi market with its new $229.99 CAD T10i IEMs. Differentiated from the $149.99 MA750i’s by higher-quality materials, including a stainless steel chassis and reinforced mouldable ear hooks, the T10i proves to be one of the better deals for consumer monitors right now.

(In-ear headphones are usually differentiated by earbuds by the goal of creating a seal in the ear canal. A good seal should block external noises and ensure deeper, richer bass and less sibilant treble. It can be likened, flimsily, to the difference between “closed” and “open” over-the-ear headphones.) 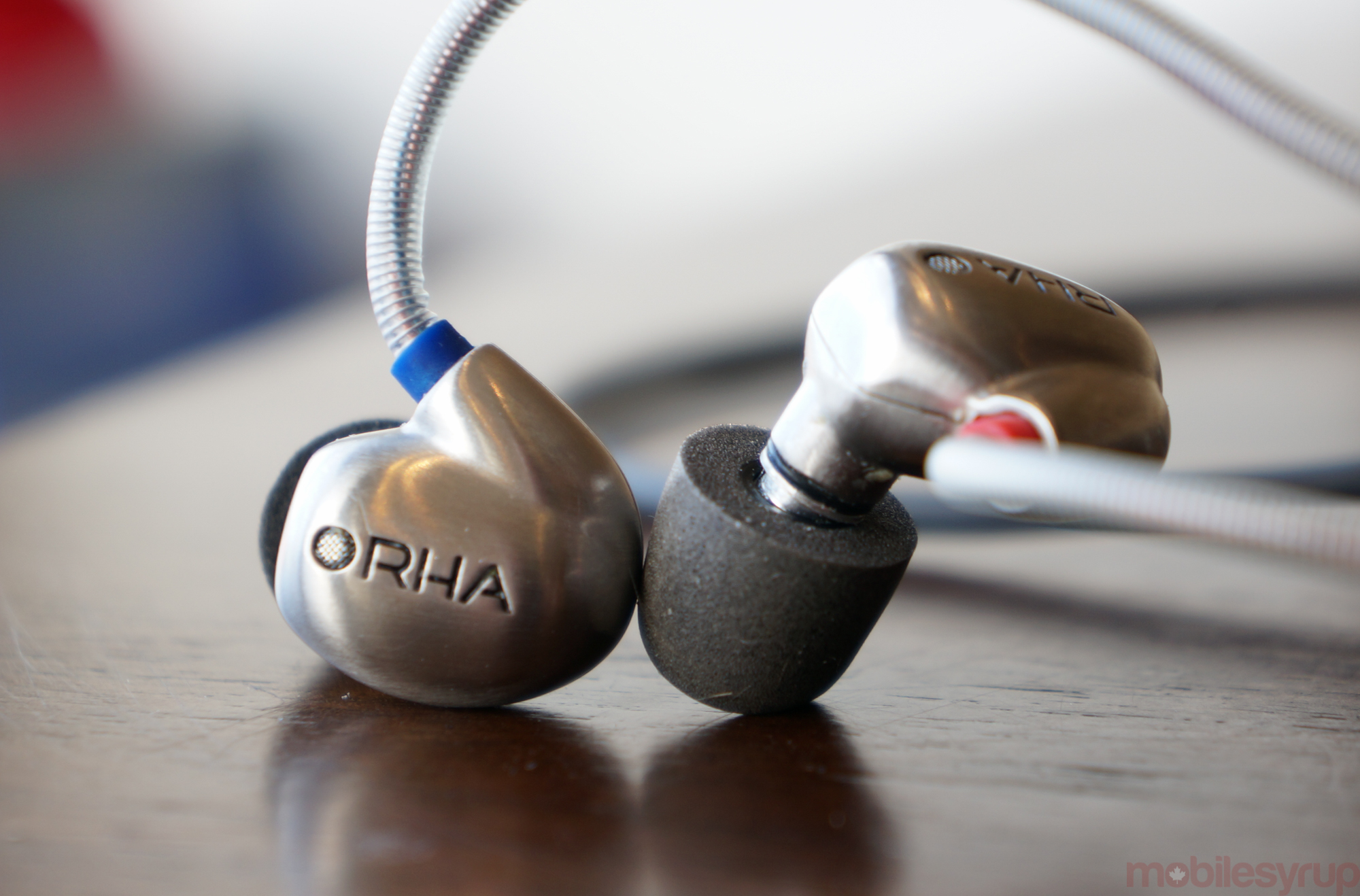 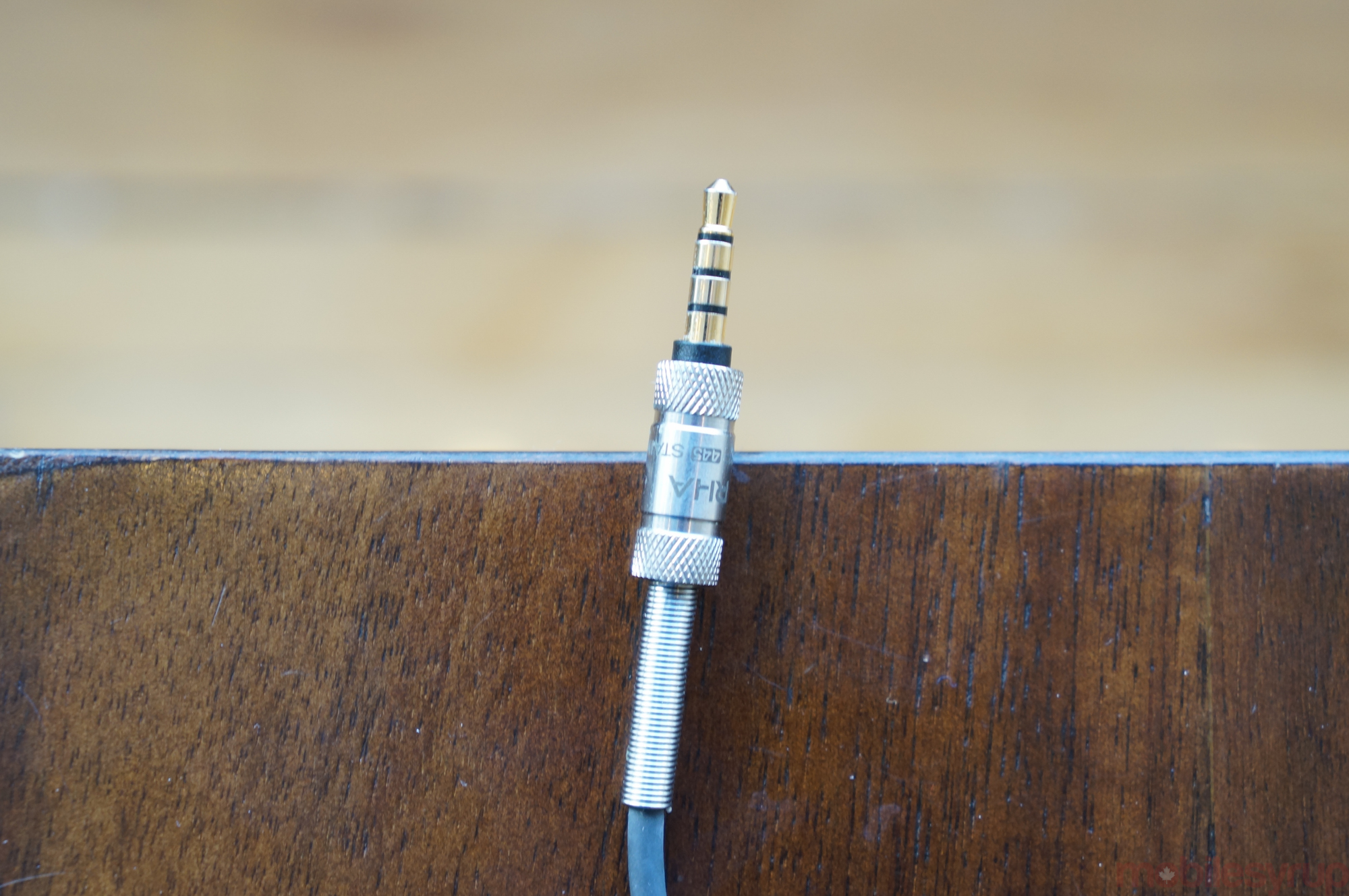 The T10i’s feel expensive; they are heavy and substantial, bearing the character of a monitor, but at $229.95 CAD, are around half the price of a typical headphone in the same class. A monitor denotes a neutral tone, one that does not obscure the natural sound of the source material.

Out of the box, the T10i’s come with a medium-sized ear tip that should be fine for most wearers; there are small and large equivalents in the lovely carrying case, too, as well as two sets of double-flange tips and two memory foam tips that I found to be the most secure and enjoyable to wear for long periods.

While the cord itself is designed not to tangle, I had a very different experience; they tended to get knotted and caught up in themselves more often than not. Wrapping the ear hooks also takes a bit of practice, but I eventually got an understanding of how to accomplish the perfect loop. 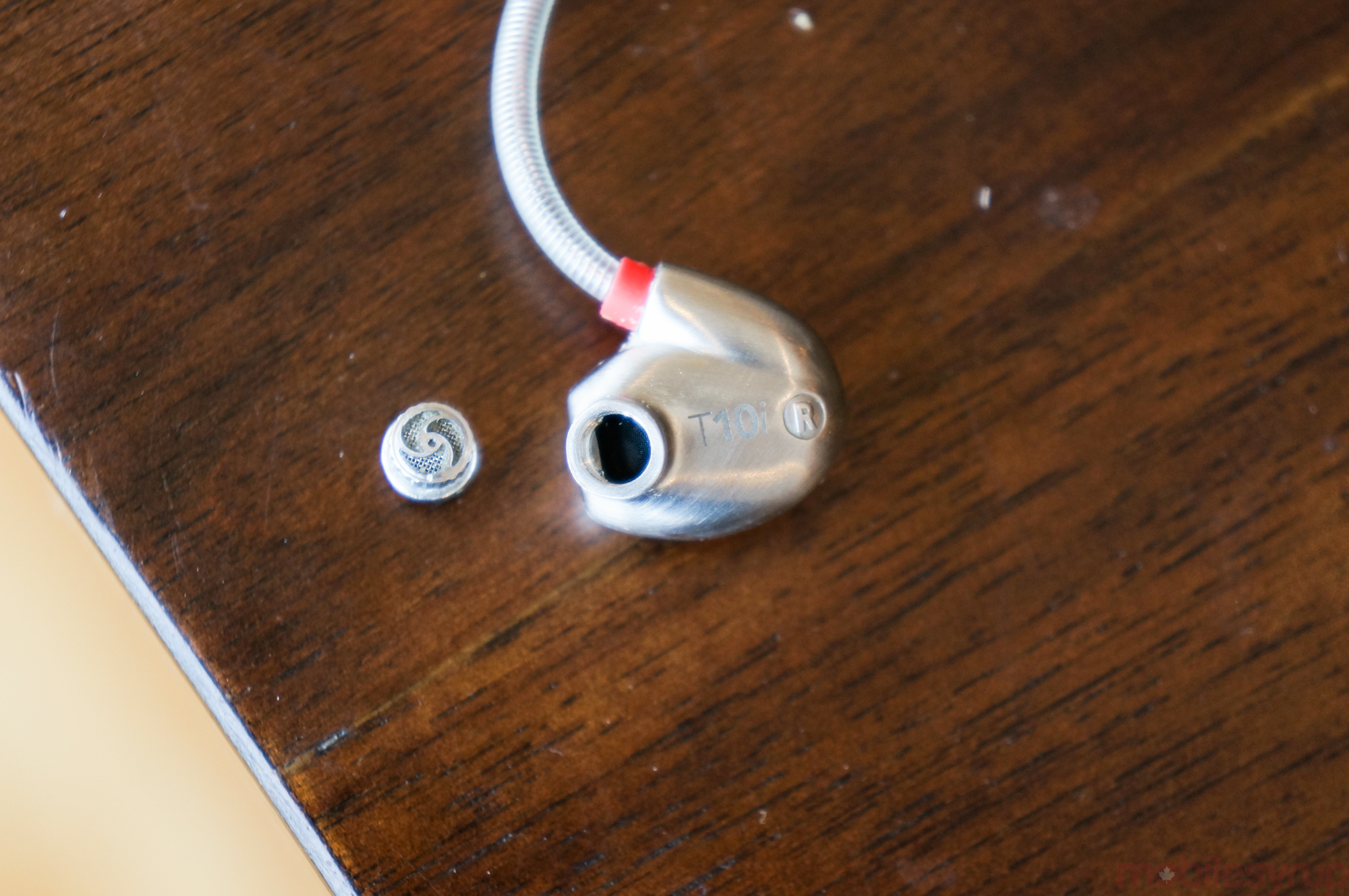 The headphones come with two additional tuning filters, one that highlights bass and another treble. Because the neutral filters that come with the product tends to emphasis lows and low-mids, I found the treble filter to produce the best sound from the lossless files I listened to on Tidal, which offers streaming FLAC files at 1.4Mbits. At 16 Ohm, the earphones are easy to drive from any mobile device, though it does benefit from a headphone amplifier, especially when it comes to clearing up some of the rolloff in the mids and highs.

I found the T10i’s to produce fine sound, though the handmade drivers did not appear to be substantially improved over the already-excellent MA750i’s. Indeed, the T10i’s produced deep, affecting bass that some may find off-putting; when listening to Kendrick Lamar’s “King Kunta,” I could actually feel the driving bass line in my jaw. With some more compressed tracks, like modern hip-hop and rock, the bass overwhelmed the mids, obscuring vocals and more subtle elements of the soundstage. 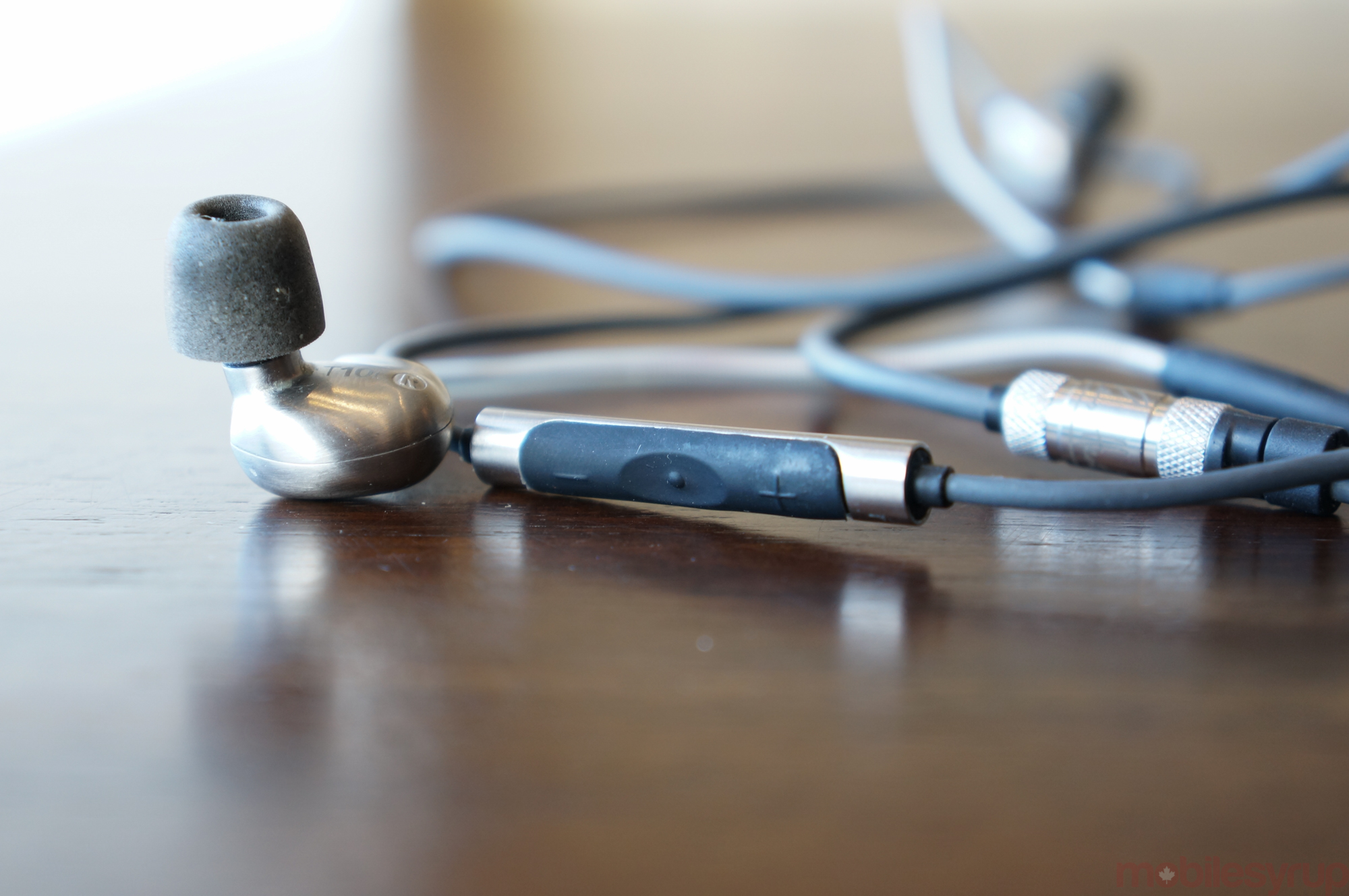 The “i” in the T10i’s name denotes a three-button controller, with play/pause and volume up and down buttons, located just below the ear hooks on the right side. Microphone quality was excellent, and the responsive rubber materials made it easy to take action without looking at the cable itself. And while the volume controls don’t work on Android, most devices I tested the T10i’s with sounded great and worked with the play/pause feature.

I was more impressed with the build quality and customization than the actual sound of the T10i’s. The warm sound, even with the treble filter, felt more comfortable belting out Arcade Fire than Medeski Martin & Wood, but nothing sounded bad. There were just clearly areas of strength.

For $229.95 CAD, the T10i’s are a pretty good deal; the Sony XBAH1’s, a highly-rated pair of in-ear headphones, are around $70 cheaper, but are made of plastic, lack the customization of the RHAs and don’t come with a remote/microphone.