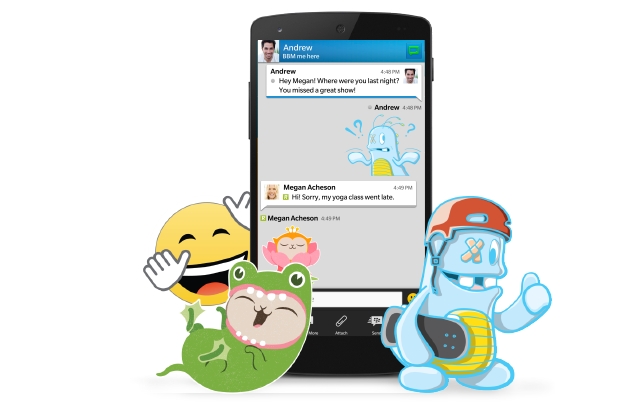 It’s sometimes hard to remember that in between all the fake products that are launched April Fools’ Day, a couple real ones escape into the wild too.

Case in point: one year ago, BlackBerry launched its BBM Shop.

BlackBerry marked the occasion today by sharing some usage stats on its official blog, Inside BlackBerry.

According to this morning’s post, the BBM Shop has been visited more than 1.5 billion times since April 1, 2014. On average, the shop sees some 250 million visits per month, and the average user visits about three times a week.

What are people buying on the shop?

Stickers. A lot of stickers.

Of course, BBM Shop isn’t the first BlackBerry product to launch on April 1. That distinction belongs to BlackBerry World, which launched six years ago. The company celebrated by giving away six free apps.