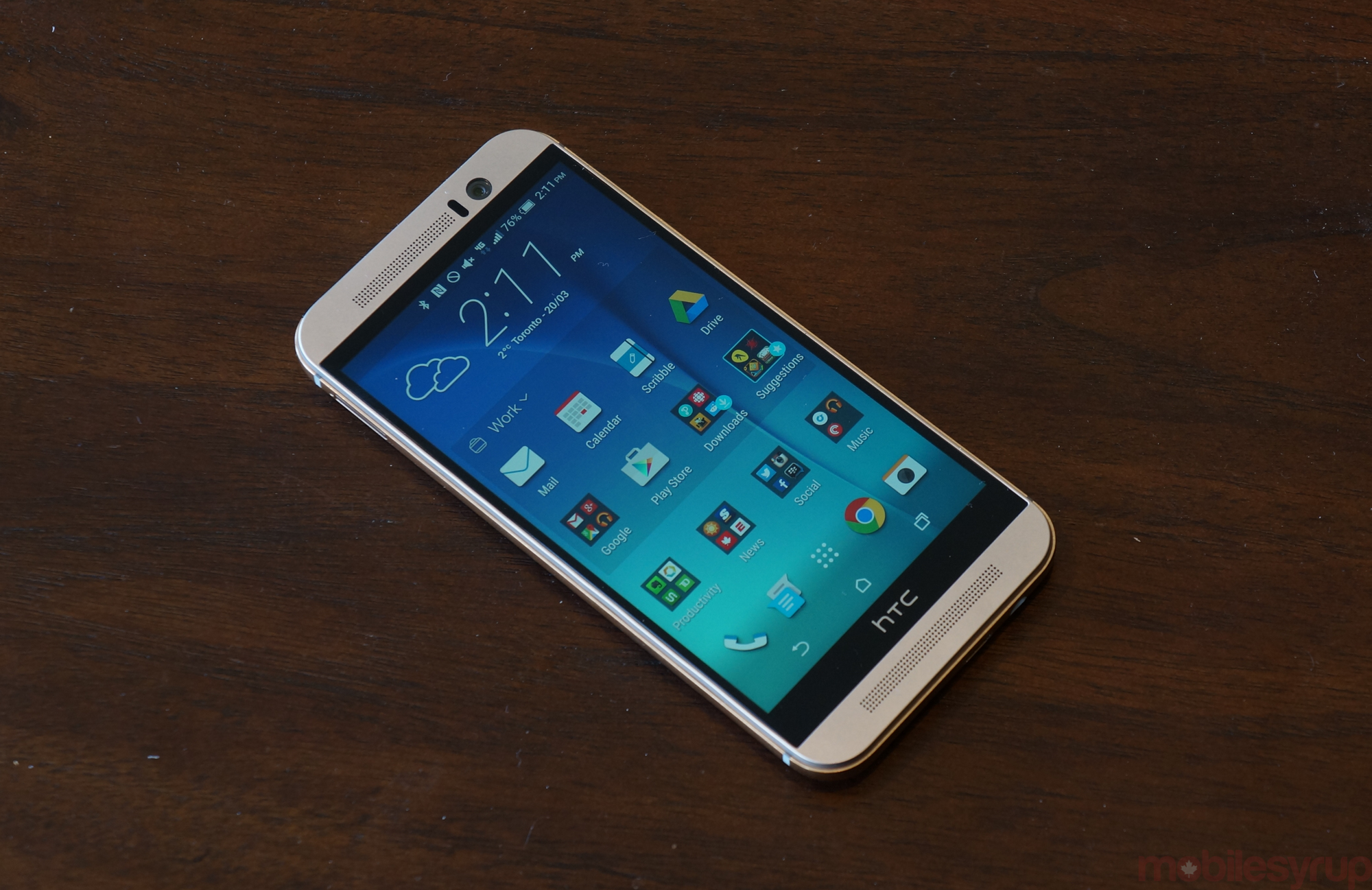 HTC Canada announced yesterday that the One M9 flagship smartphone will be available on April 17th.

Several Canadian carriers are making space on store shelves for this aluminum unibody-designed Android device, namely Bell, Koodo, Rogers, TELUS, Videotron, SaskTel and WIND Mobile. While the contract price was revealed to be $199 on a two-year term, missing was the no-term pricing.

Thankfully, regional carrier Videotron has unveiled its pricing model and has also opened up pre-orders. Videotron reveals the HTC One M9 will be available for the expected $199.95 on a 2-year contract, while the outright cost will set you back $749.95.