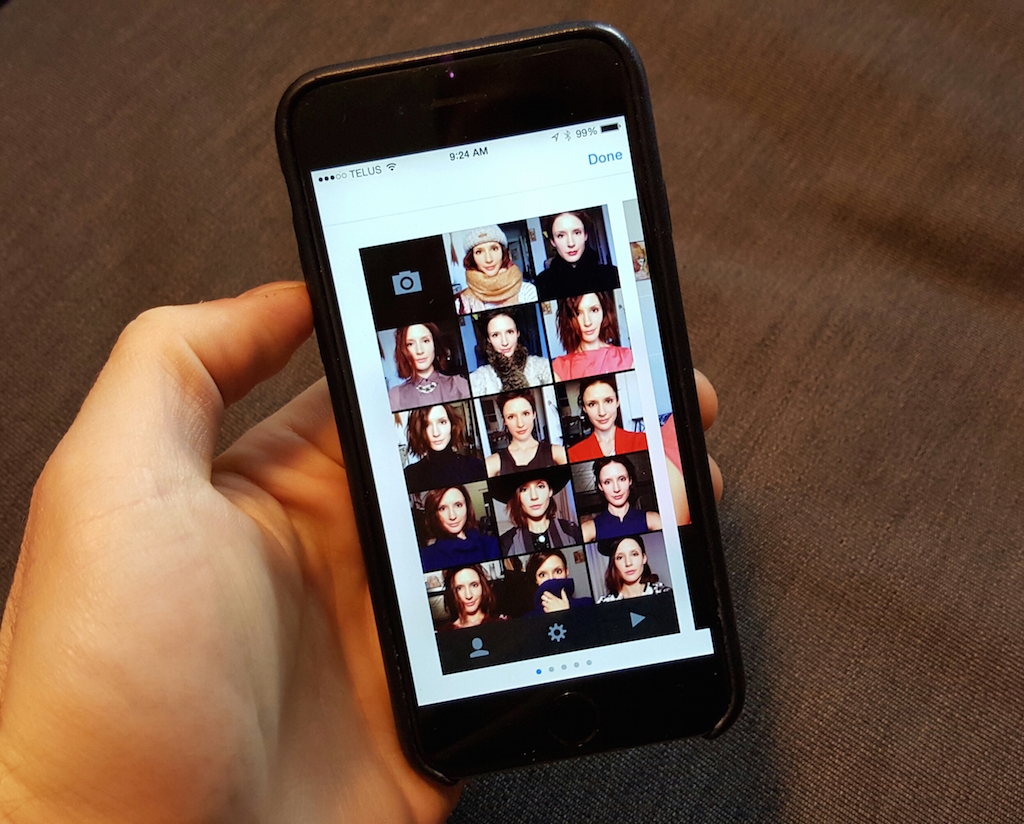 Midway through the superb and delicious-looking film, Chef, the titular gastronomic expert, Carl Casper, played with expert narcissism by Jon Favreau, asks why he needs a Twitter account. He makes food — great food — and is confounded by the notion that he would need to advertise himself to the world.

Eventually, like many users do, he discovers the self-aggrandizing and disastrous potential of saying something stupid on the internet. There are life lessons; there are cuban sandwiches.

Casper’s son, Percy, a whip-smart 10 year-old with the kind of digital wisdom that seems to frighten the adults around him, becomes his dad’s de facto community manager. One of the apps Percy uses in the film, 1 Second Everyday (available for Android, free, and iOS, $3.49), was the type of “micro-experience” commitment I always dismissed for its over-simplicity. Film one second of something every day, in perpetuity. Do it for a few weeks and you have a pretty interesting cross-section of a life, even while performing the mundanities within.

The theatrical presentation of Casper’s life as seen through his son’s smartphone sold me on the idea. With 86,400 potential seconds to choose from, the goal becomes one of focus, to distil the impression down to a curated set of the best, or “best,” parts of one’s life.

Filtering only one second is like taking a thousand breaths and being told to remember the most give-living. Is it the soft inhalation you take upon waking in the morning, thankful for another day, or the desperate gasp after emerging from a long lap in the pool? 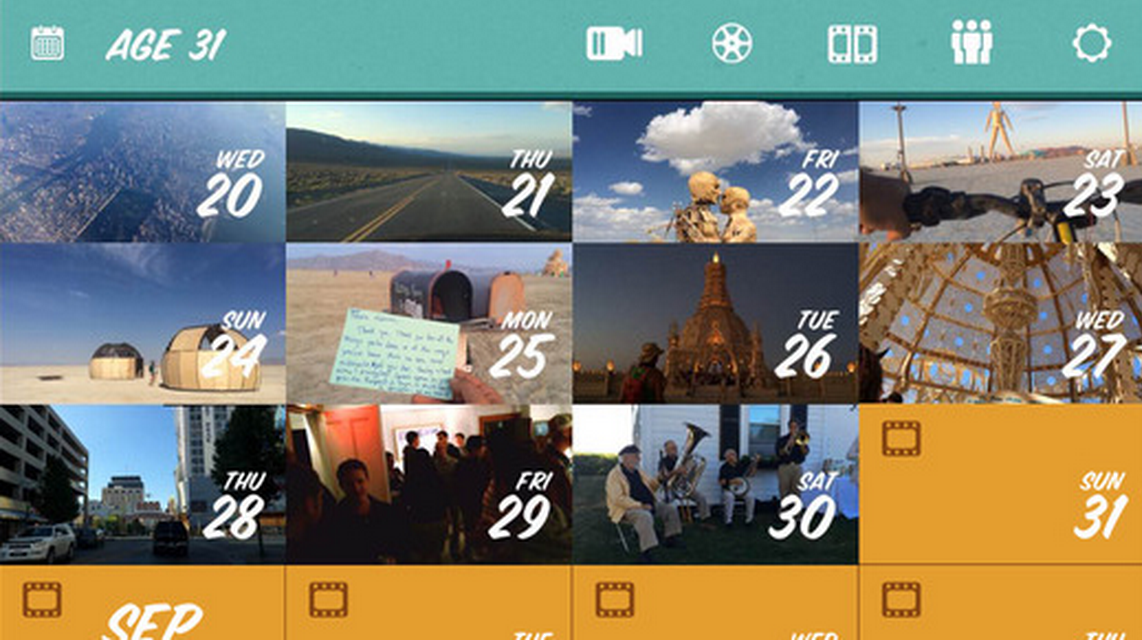 One second is seemingly nothing, a wisp, but in that “tock” is the access, like a password, to the entirety of that day. Combining a hundred, or a thousand, into a sequence, is the modern version of that slideshow everyone is embarrassed to watch at their wedding.

When we post photos on the internet, of ourselves, our food, our friends, we do it to be seen and see ourselves reflected in the opinions of others. Everyday, an app for iOS, attempts to capture the glacial changes of a person’s face over time. Some of the best travel videos I’ve seen have been about this very thing, tracing the changes that happen to us, and the ones we force upon ourselves.

Developed by Victoria, B.C. native William Wilkinson, Everyday was first released over four years ago, quickly becoming one of the most popular paid iOS apps at the time. Things were quiet for a while, and then Wilkinson made a big splash with Manual, one of the first camera apps to take advantage of iOS 8’s manual camera API.

Everyday 2.0 ($2.29) makes significant improvements to the workflow of the app. A new interface makes it much easier to line one’s face to a grid, so it’s in the same position in sequence. Users can back up photos to Dropbox, which ensures that should one’s phone get stolen, each individual photo is still accessible, somewhere. Users can also capture multiple timelines (for an extra $2 in-app-purchase) so multiple humans (or, say, a dog) can participate from the same phone

And location-based reminders makes sure that the person doing Everyday takes a photo in the same place, every day. If that’s part of the story.

These kinds of apps are small, but they’re important to remember who we are and what we were doing for those brief moments each day we remembered to take stock. A lot of what happens in social media feels very affected, a show for others, and so much are our daily minutiae is reflected through that lens. While it’s possible to share photos and video from these two apps with friends and family over Twitter, Instagram and Facebook, I’d argue they’re best kept to oneself — at least until the project is done, and we can take a step back and say, “Wow, I remember that day.”

How to transfer photos from iPhone to Android and vice versa