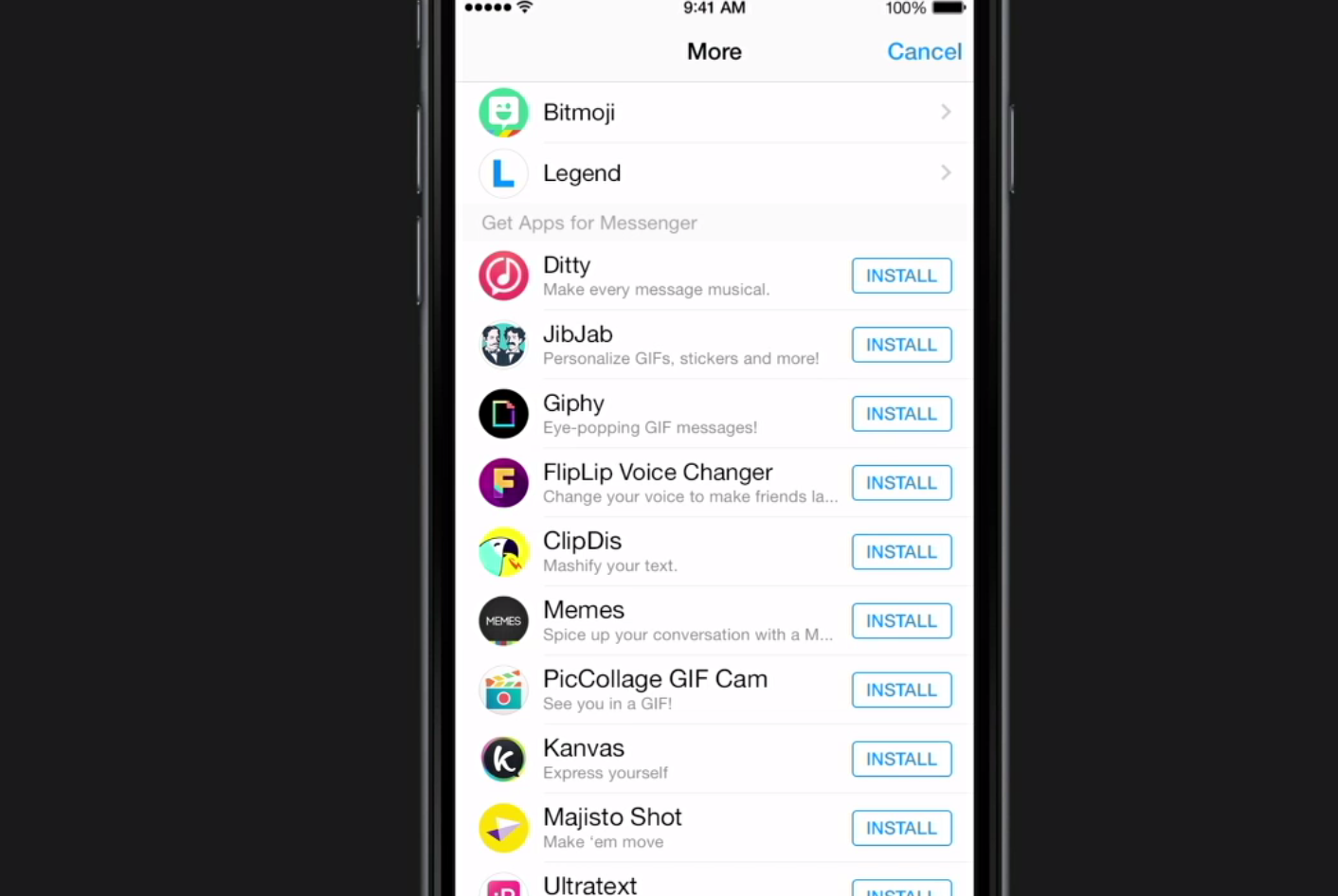 Facebook announced Messenger Platform today during its F8 Developer Conference, a way for third-party developers to tap into the Facebook Messenger suite of apps.

Starting with an SDK, developers can integrate their own services into Messenger, allowing for apps like Giphy, ESPN, Imgur and Canadian-owned Bitmoji, among others — there are 40 apps available at launch — to quickly add content to a conversation. 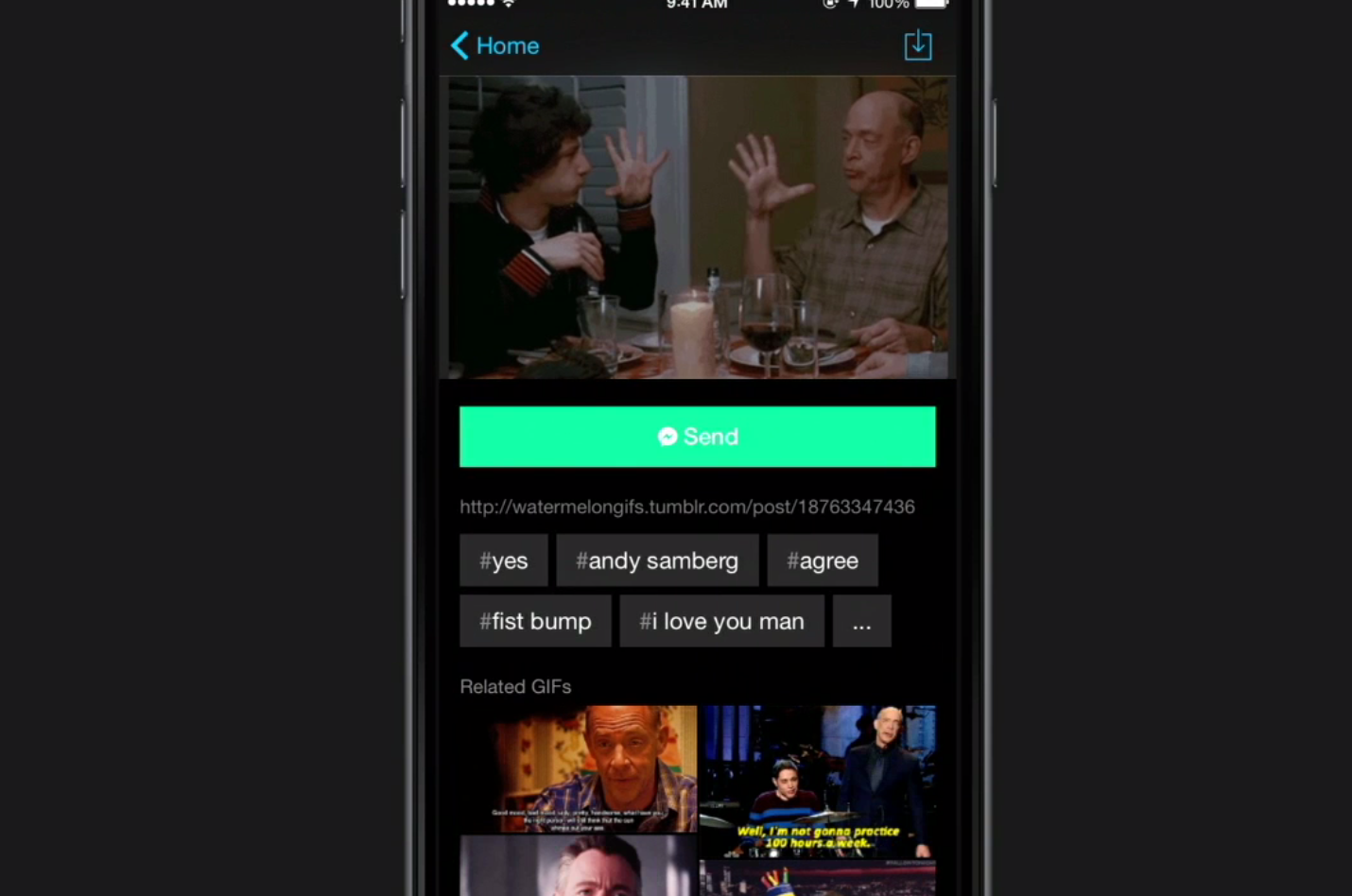 David Marcus, Facebook’s VP of Messenger, said during the conference that while text-based communications have made it really efficient to communicate with people far away, such interactions forgo a lot of the emotion that we take for granted when talking in person. Emojis are rudimentary, but thanks to third-party apps, there are many other media formats that can more successfuly convey emotion.

The SDK supports five types of media, GIF, JPEG, MP4, WebP, and PNG, which run the gamut of most visual messaging apps.

Messenger Platform is available for iOS and Android, and developers can begin implementing the functionality beginning today.