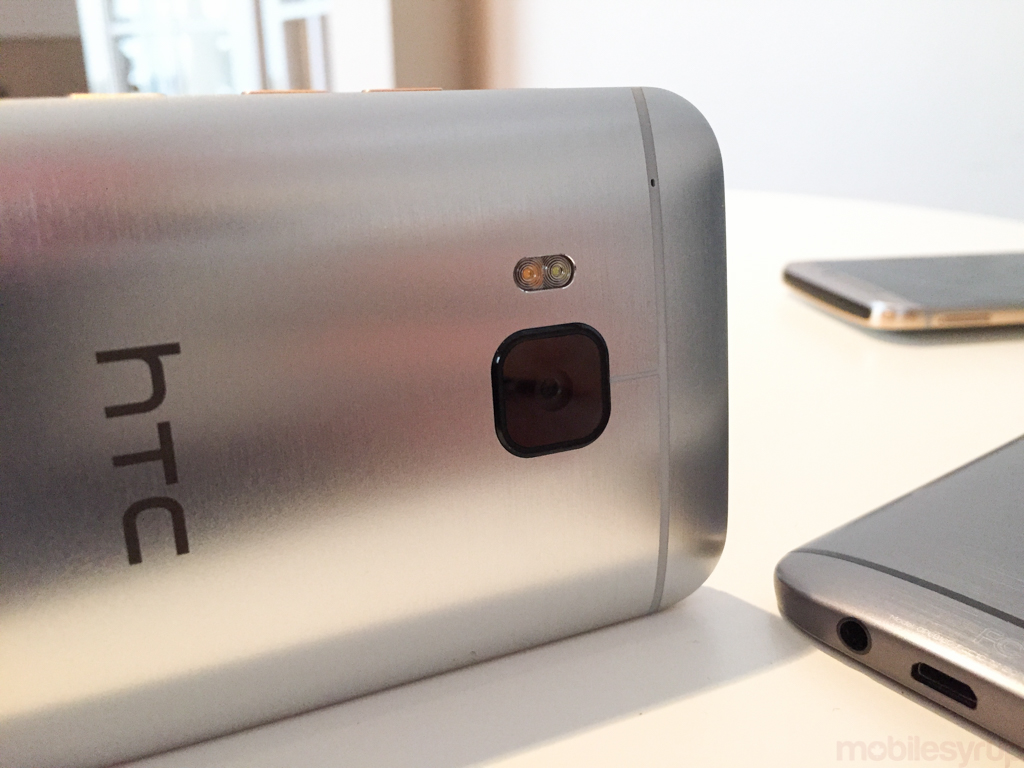 While on paper, the HTC One M8 and One M9 don’t have a lot of visual changes, I’ve spent enough time with both now to know that the Taiwanese manufacturer made some significant upgrades on the hardware side. Not only does the phone feel considerably sturdier and less slippery than its predecessor, but the inset dual-anodization makes the device appear far more classy.

Both don’t take my word for it: here are some comparison photos and a little video to show the differences.