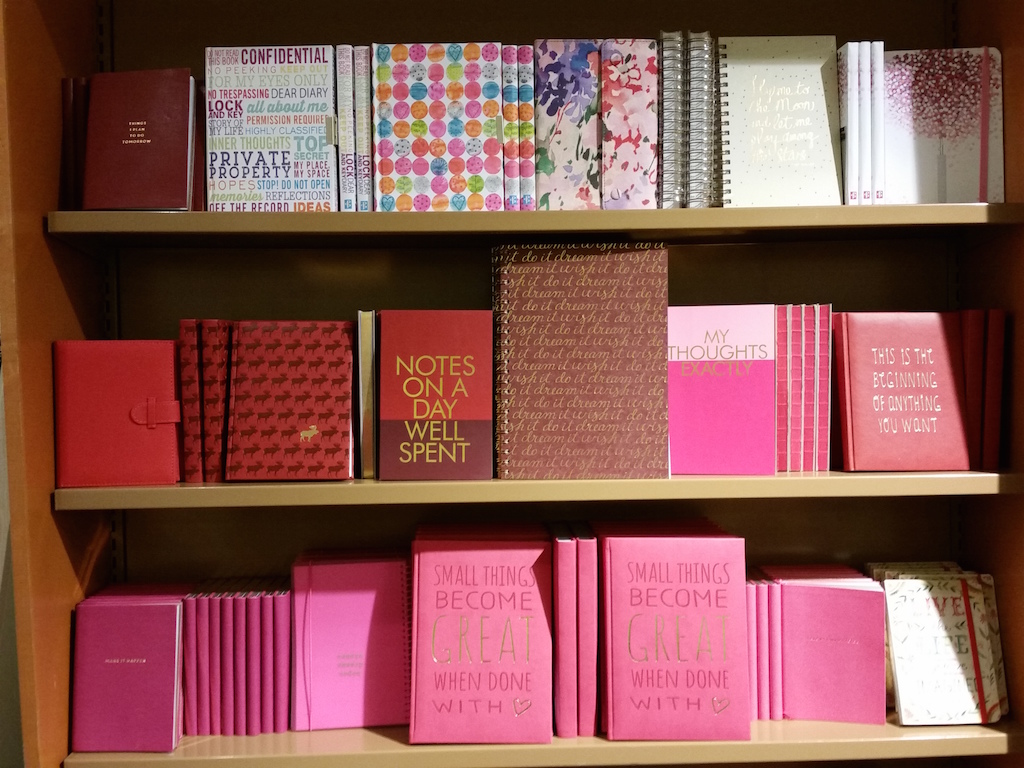 Indigo, or Chapters Indigo, continues to be a relentless source of hope for a Canadian retail market seemingly on the permanent verge of implosion.

The company operates over 200 stores across the country, 91 of which are considered “superstores,” where it sells books, sure, but increasingly lifestyle products like pillows, blankets, wine decanters and stationary.

Increasingly, the company’s revenue growth, though sluggish at just 3.8% last year, is attributable to its online portal, chapters.indigo.ca, where it sells much of the same wares as its physical space, but at a hefty discount. Online sales grew over 10% in 2014 over the previous year, though ecommerce still comprises a little over 13% of Indigo’s overall revenue.

Alison Chick, the company’s recently-hired VP of of loyalty and customer intelligence, says its iRewards and Plum programs are leading to “stickiness” with Indigo’s customers, but are also proving difficult to transition to mobile products.

“We’re leveraging the [loyalty] data we have to make better decisions internally,” says Chick, referring to the swaths of purchasing history made available voluntarily through the company’s two opt-in programs. Much like rival Amazon, Indigo uses a customer’s purchase history to perform targeted recommendations, an increasingly important aspect of an omnichannel business.

Indigo doesn’t really care how you make your purchase, be it a book or a throw pillow, as long as it’s done over one of its channels. To that end, mobile has become a bridge for its customer base, albeit one with slower-than-expected growth. “Canadians are not all that engaged in getting mobile apps from retailers,” Chick tells me, though since arriving at Indigo from McKinsey in October 2014 her job has been to better funnel regular loyalty customers to the iOS or Android app.

“It’s not enough for an app to have just a retail scanner. But for us there’s a whole education piece for the advantages of interacting with us on mobile, and there are a bunch of things people aren’t aware of.” It’s a strange experience using Indigo’s mobile app, since it shows prices from both the online and retail sides, which are often quite lower on the former.

But Chick says she’s not worried about that discrepancy, as many Canadians consider Indigo stores places to relax, meet friends and escape the real world. Though the company closed one of its largest Toronto superstore locations last year, at Richmond and John Sts., sales from the larger physical category grew overall in 2014. “Our customers love our stores; [they are] often described as their ‘happy place’.

Retail stores are not dying. People want to be entertained, and people want to visit stores, to pick up and discuss books with their friends and see beautiful new products and shop together for a book, versus the experience you get when you’re by yourself on your mobile phone. We want consumers to have the flexibility to shop the way they want with us, and I’m bullish that consumers will always want retail stores as an option to shop with us.”

Indigo seems to be weathering the transition to ecommerce fairly well, and the growth of both its retail and ecommerce branches in 2014 bears that in numbers. But 10% year over year growth is only one statistic and not a real hedge against the inevitable slowdown of retail, which only marginally grew in that same time period. With mobile being touted as the next important area to send a quickly-changing customer base, Indigo needs to do a lot more to migrate retail customers within, not without.

Disclosure: This interview was performed as part of a media partnership with Dx3 Canada, a digital media conference taking place on March 11-12 at the Metro Toronto Convention Centre, where Alison Chick will be speaking. Neither Dx3 nor the interviewee had any editorial control over the content.

DX3 2014 Interview: Checkout 51 and the high-value data of grocery coupons