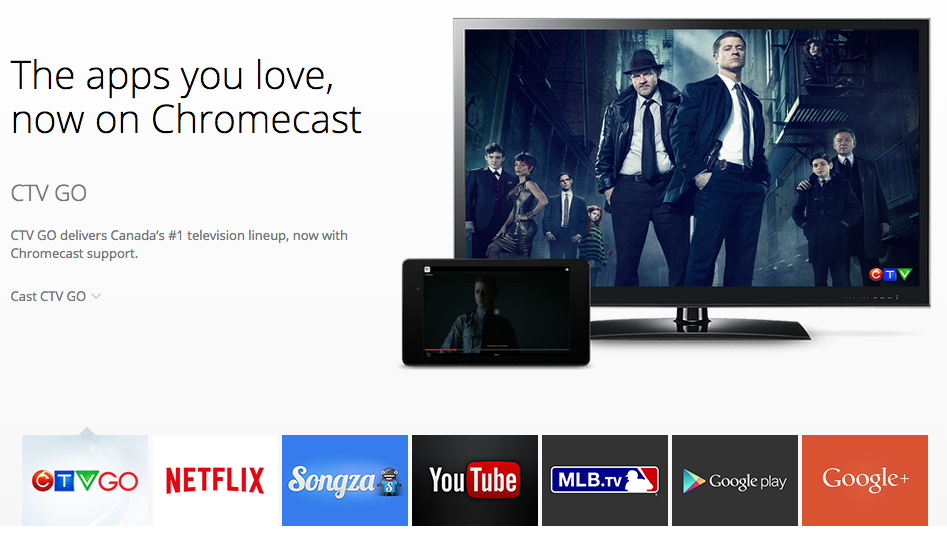 The company’s CTV Go TV Everywhere streaming service has been updated to include support for Chromecast, which will allow users to cast streamed CTV Go content from their phone or tablet to their TV or a friend’s TV.

“As viewing habits continue to evolve, Bell Media is committed to continuing our momentum of providing the latest TV technology to our viewers,” Bell VP Domenic Vivolo said in a statement today. “As the first Canadian broadcaster to support Google Chromecast we are offering viewers an unparalleled TVE experience – giving them great programming wherever and whenever they want to see it.”

CTV Go launched two years ago, in November of 2013, and offers on-demand programming across phones, tablets, and computers. Bell was the first CTV Go partner, though additional providers came on board after the launch. The latest episode of broadcasted episodes is available to all, while live streaming of CTV and CTV II requires a dedicated subscription to one of several providers, including Bell, TELUS, Shaw, Eastlink and more.

Earlier this month, there were reports that Google sold 10 million Chromecast dongles globally last year. Not bad, considering the device only launched in 2013. Chromecast currently supports more than 350 apps. CTV Go is the latest addition. Chromecast support is set to be added to other Bell Media properties, including CraveTV, in the coming weeks.

The CTV Go apps for iOS and Android also received redesigns along with Chromecast support, promising easier navigation and more stable streaming over both WiFi and cellular