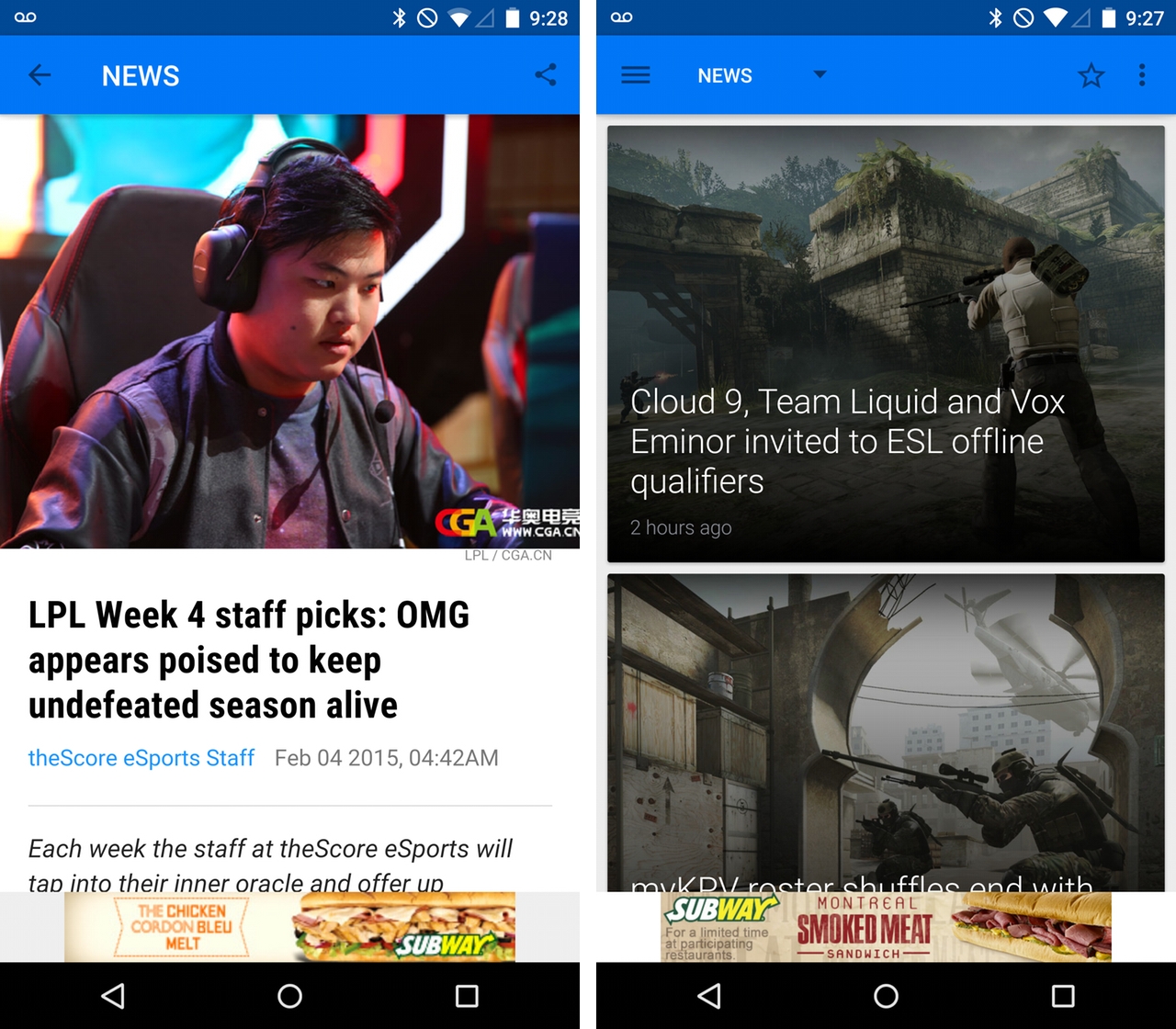 Diehard sports fans know all about the stat hole: diving deep into the addictive world of RBI percentage, rebounds per game and rushing yards.

theScore, whose mobile platform has grown to over 10 million active monthly users, is a big part of that world for many people. Eschewing the traditional newsroom editorial team, theScore focuses on real-time, media-rich storytelling, full of numbers, push notifications and looping GIFs.

Now, the company has uncovered what it believes to be the next wave of sports media: eSports. Headed up by a team of 30 content editors, the company released its first app, theScore eSports, on Android today, aiming to be the first media company to attract the ad dollars of an audience that has grown to over 71 million people.

eSports, which is focused on competitive video game playing (and watching) includes the regular heraldry of sports fanaticism: rival teams, celebrity athletes, betting, cheering and, in some cases, match fixing. The most popular games include free-to-play titles like Dota 2 and League of Legends, attracting millions of dollars in sponsorships, endorsements and live event fees.

Blizzard, Valve and Activision round out the rest of the leaderboard with Hearthstone, StarCraft II, Counter-Strike: GO and Call of Duty. 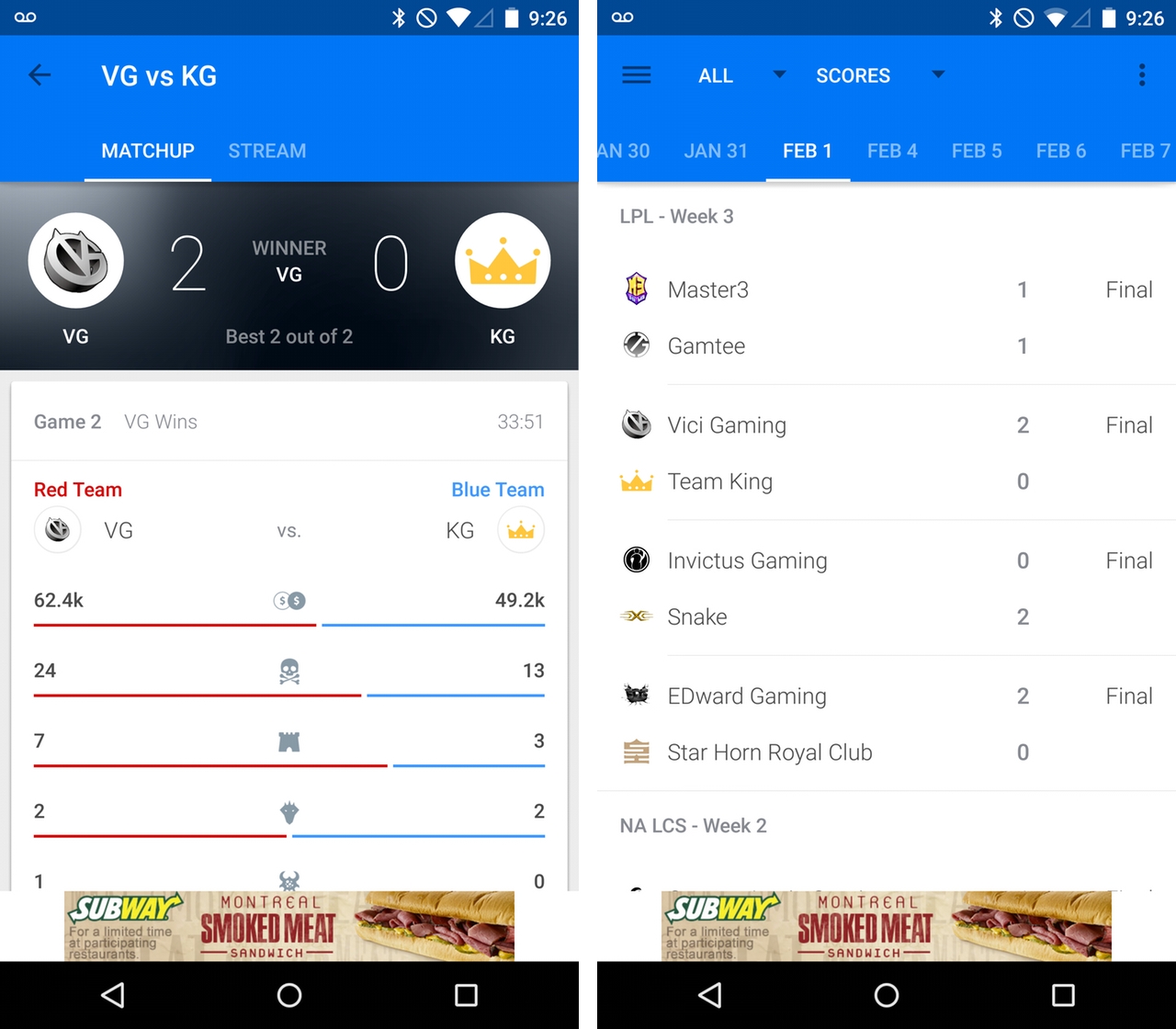 John Levy, theScore’s CEO, says that “eSports should be treated as a fully-fledged sport and theScore eSports mirrors the same dedicated mobile-first approach we’ve taken with our flagship mobile sports platform.” Launching on Android mirrors that strategy, as the eSports market tends to skew towards Google’s platform.

The app itself is modelled after the company’s core sports app, but contains elements of Material Design. It is lighter both in colour and movement, and contains animation flourishes optimized for Android 5.0 Lollipop. Users can “star” specific games, matches or players and receive real-time notifications of what happens during the course of a tournament, much the same way one can follow the Raptors or just Kyle Lowry’s theatrics.

theScore says that more games and regions will be added soon, but it wanted to get users testing and enjoying the app. An iOS version is set to be released shortly.