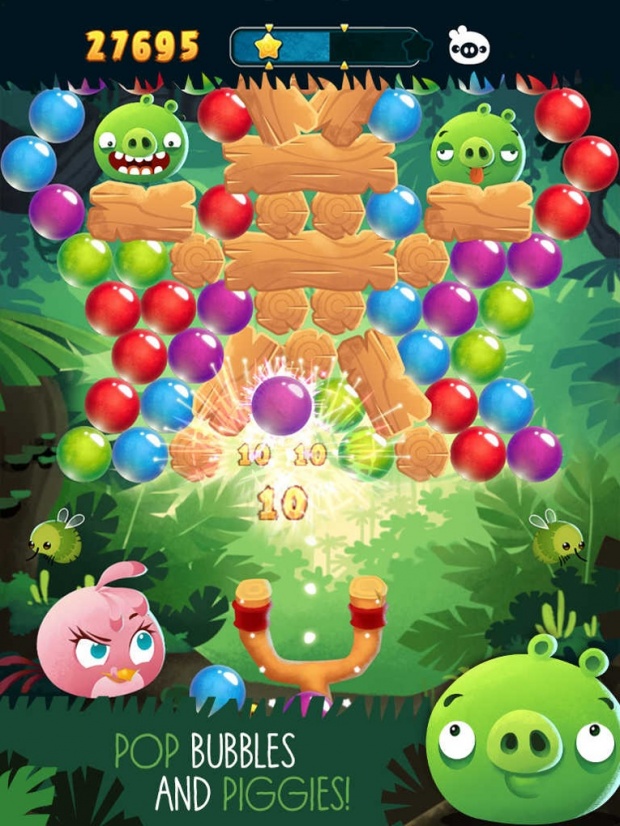 Rovio has released a brand new game based around the characters from its hit series Angry Birds. Though this title technically falls under the Angry Birds brand, it’s nothing like any of the previous versions of the game.

Instead, Rovio is hoping to snag itself a slice of the Candy Crush pie. Angry Birds Stella Pop! is a bubble popping game that sees users match and burst bubbles to get at those pesky pigs. The Guardian reports that Angry Birds Stella Pop! has been released exclusively in Canada as a soft launch. Right now, it’s iOS-only, and is not available in the Play Store yet.

Though the popularity of Angry Birds has waned over the last couple of years, Rovio is hoping that diversifying its portfolio and branching out into other popular genres will boost its users. Stella Pop! follows Angry Birds Go!, a racing game, and Angry Birds Epic, a role playing game, both of which launched last year. Rovio also has a host of themed Angry Birds games, including Angry Birds Rio, Star Wars, and Transformers. It’s own movie will debut next year. Presumably there will be coordinated game content released in the lead up to the movie’s release.

Angry Birds Stella Pop! is free to download but there are in-app purchases.