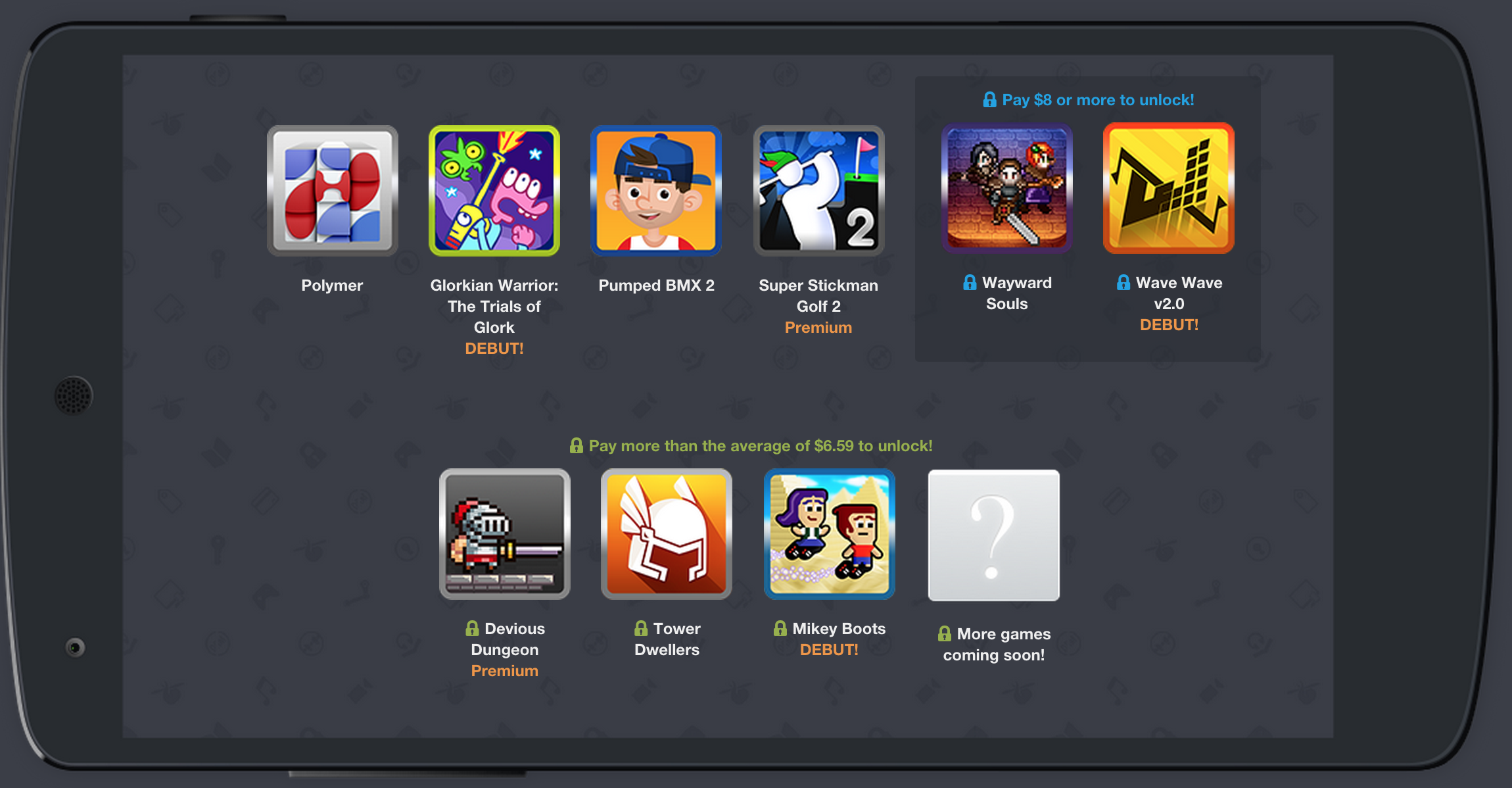 Humble Bundle has partnered with Noodlecake Studios on its latest mobile pay-what-you-want extravaganza.

The publisher, behind games like Super Stickman Golf 2, is offering four games for any price, and another three if you beat the average. Two more games are available with a commitment over $8.

Highlights include the Android debut of iOS darling Glorkian Warrior: The Trials of Glork, a really fun remake of Galaga with some platforming elements; Wayward Souls, an incredibly deep dungeon crawler with randomly-generated levels for excellent replay potential; and the Android debut of Wave Wave v2.0, an incredibly difficult puzzle game that is sure to delight and frustrate.

Like November’s Crescent Moon Humble Bundle, which raised over $290,000, this one is tiered with bonus goals, so if users raise a certain amount — beginning with $100,000 and ending with $400,000 — extra games will be unlocked. These are in addition to bonus games that will be revealed later in the week for those who spend higher than the average. Multiple incentives, folks, so give to charity.