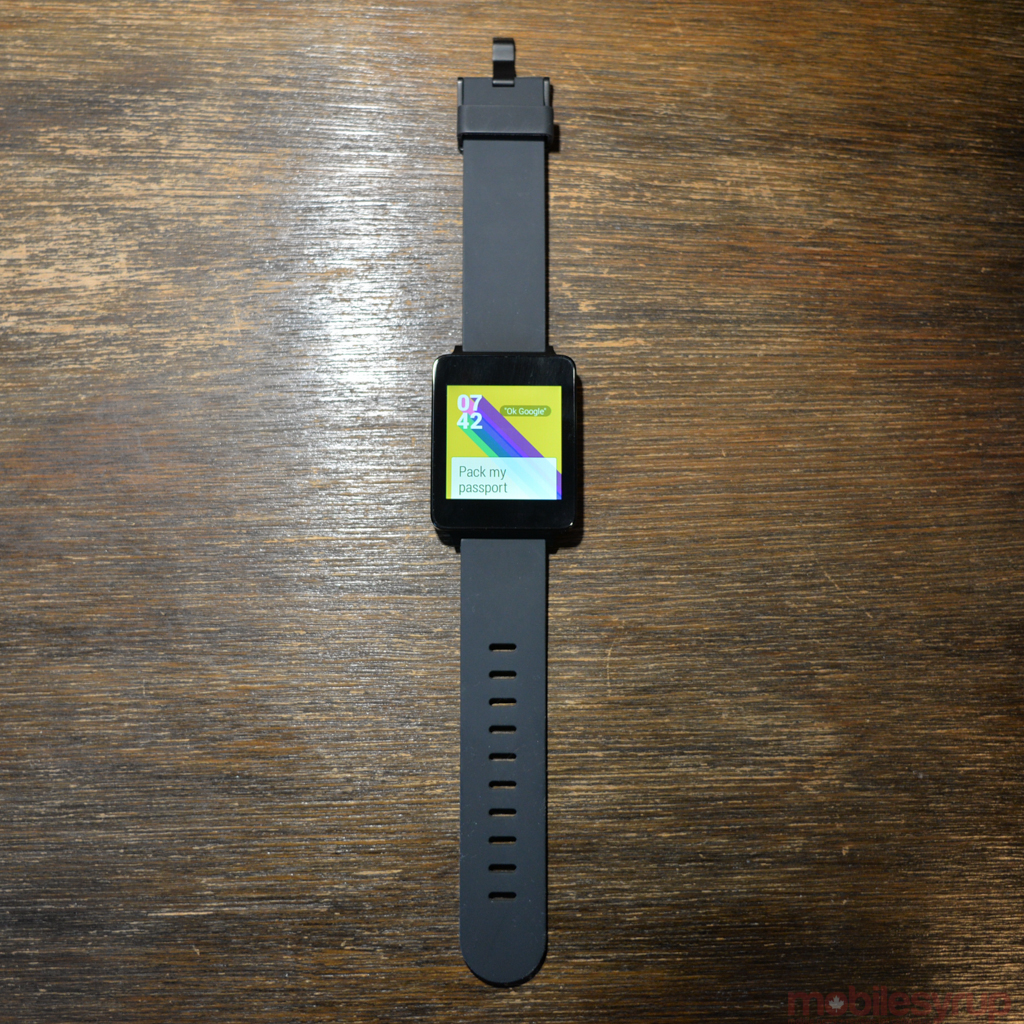 According to NPD, four in ten Canadians that say they are likely to buy a wearable device see price as the main barrier for entry to this market. This new category is intriguing for a lot of people but they’re wary of spending a couple of hundred dollars on something they’re not sure will last.

This year, Black Friday deals are going a long way toward alleviating that pain point, with numerous retailers running deals on the Misfit Shine, the Fitbit Flex, and others. Pebble has discounted the Steel and the regular edition of its smartwatch. Now, Google is topping them all with the granddaddy of wearable deals.

The search giant is cutting the price of the G Watch on the Play Store down to just $99. That’s a $130 discount before you even consider the $50 Google Play credit you’ll get when you click buy. Sure, the G Watch isn’t the most attractive Android Wear watch out there, but it’s under a hundred bucks. That’s value you can’t beat. Update: Looks like there’s no more G Watch stock.

Google is also offering $50 off the Nest Learning Thermostat (now priced at $199) and those buying the Chromecast media streamer (regular price) will get $20 in Google Play movies.