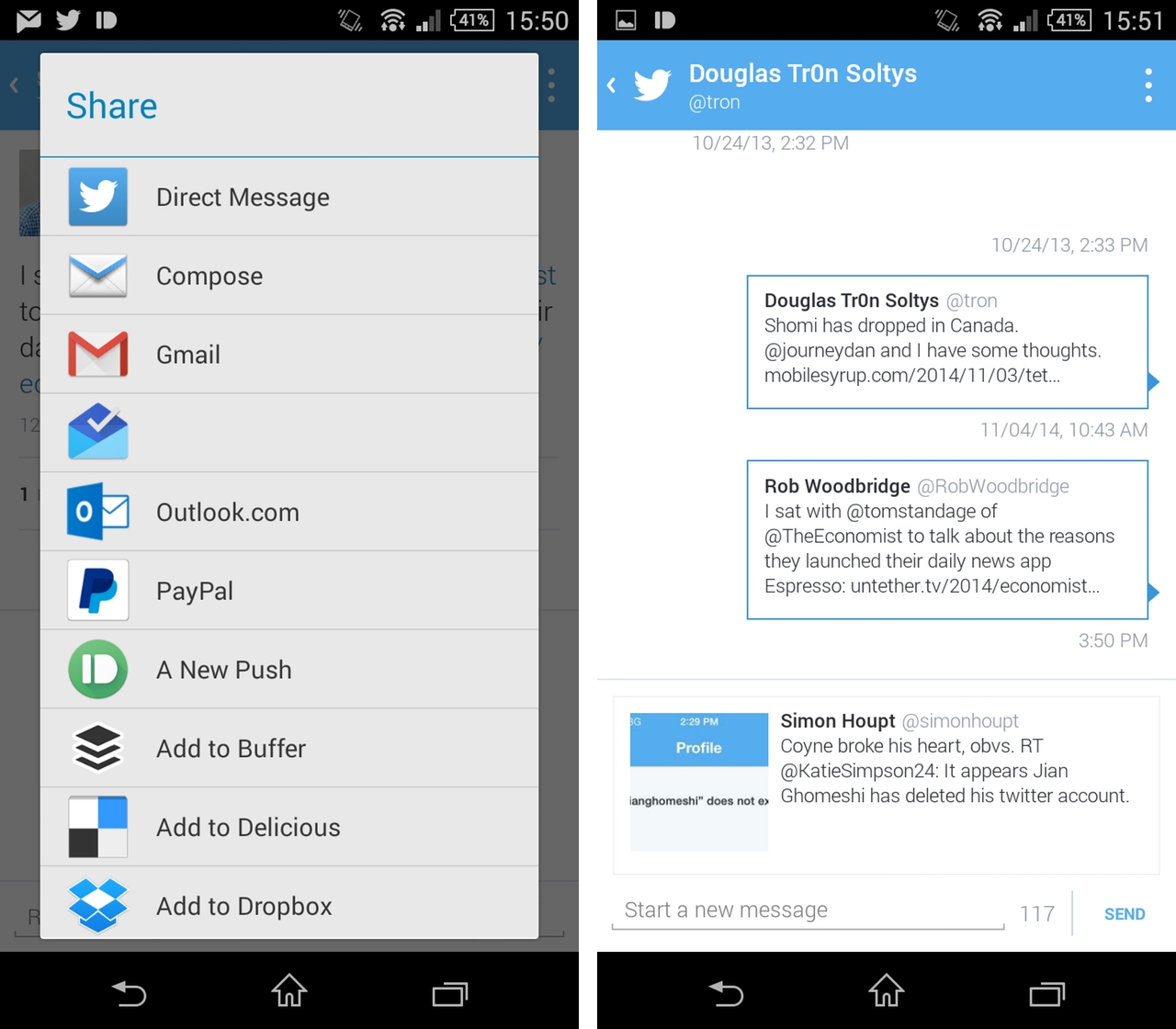 Twitter has introduced a new feature to its iOS, Android and web apps (including Tweetdeck) that allows users to share tweets within DMs.

The company says that as public as most interactions are on Twitter, lots of people prefer to take those conversations private. The new feature lets users link to a Tweet itself, which avoids the issue of link spam within private messages while facilitating the kind of micro-conversations the network is famous for.

The feature has been in testing for some time — Android beta users have been included in it for at least two weeks — but today marks the public rollout to all of Twitter’s first-party apps.