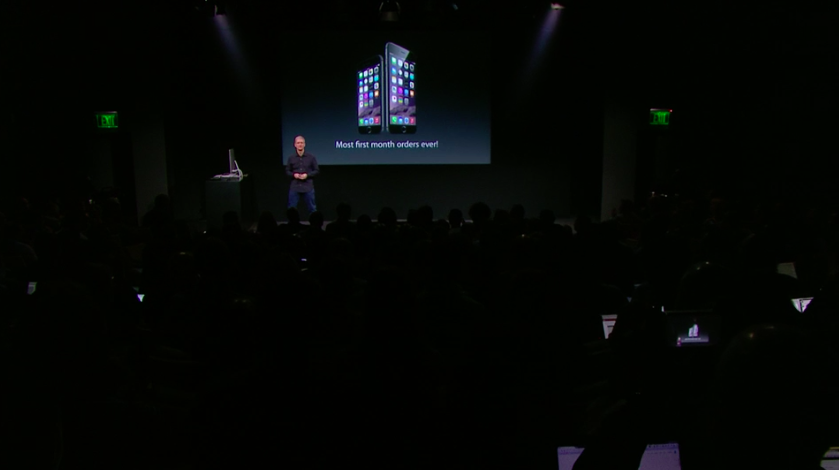 Tim Cook, Apple’s CEO, took the stage at its October media event and stated the company has witnessed the “fastest-selling” iPhone launch in its history. The iPhone 6 and iPhone 6 Plus “is our biggest iPhone launch ever” and “set a new record for most orders in the first 30 days,” said Cook.

While there were no specific numbers, Cook said by the end of this week the iPhone 6 and iPhone 6 Plus will be available for sale in 32 countries, including China.

Apple previously reported that during first weekend of availability the combined sales topped 10 million units. Rumours are that China will significantly burst sales as pre-orders are rumoured to top 20 million.