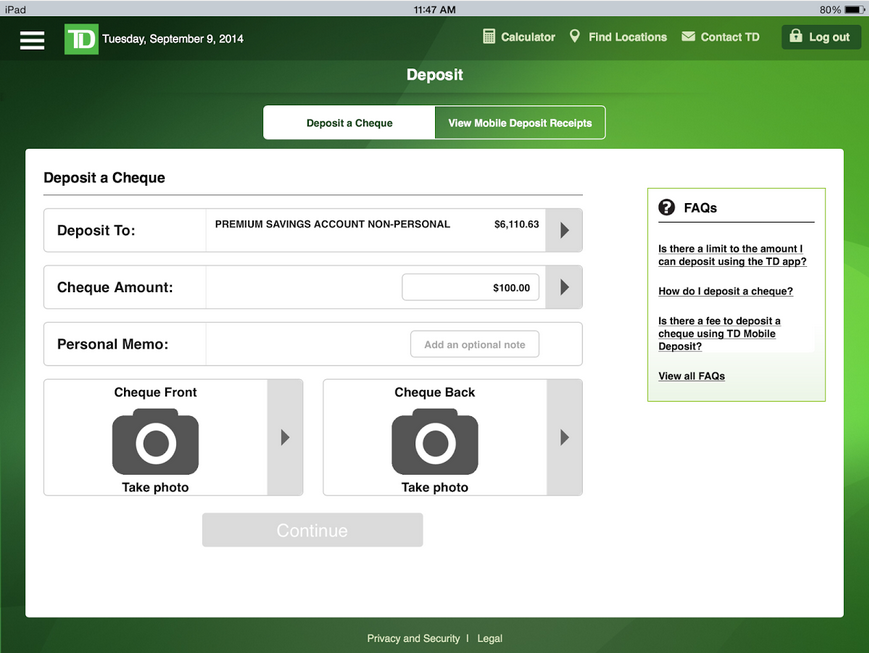 To use Mobile Deposit, customers will need to be enrolled in TD Bank Online Banking, have downloaded the app, and have been “a customer of at least 90 days or longer.” Once the app is loaded you simply take a picture of the front and back of the cheque for direct deposit.

Competing financial institutions, such as CIBC, and Tangerine (formerly known as ING Direct), and several Credit Unions have offered mobile cheque deposits since last year. CIBC recently announced that over a million eCheques have been deposited using its mobile app for iOS and Android.