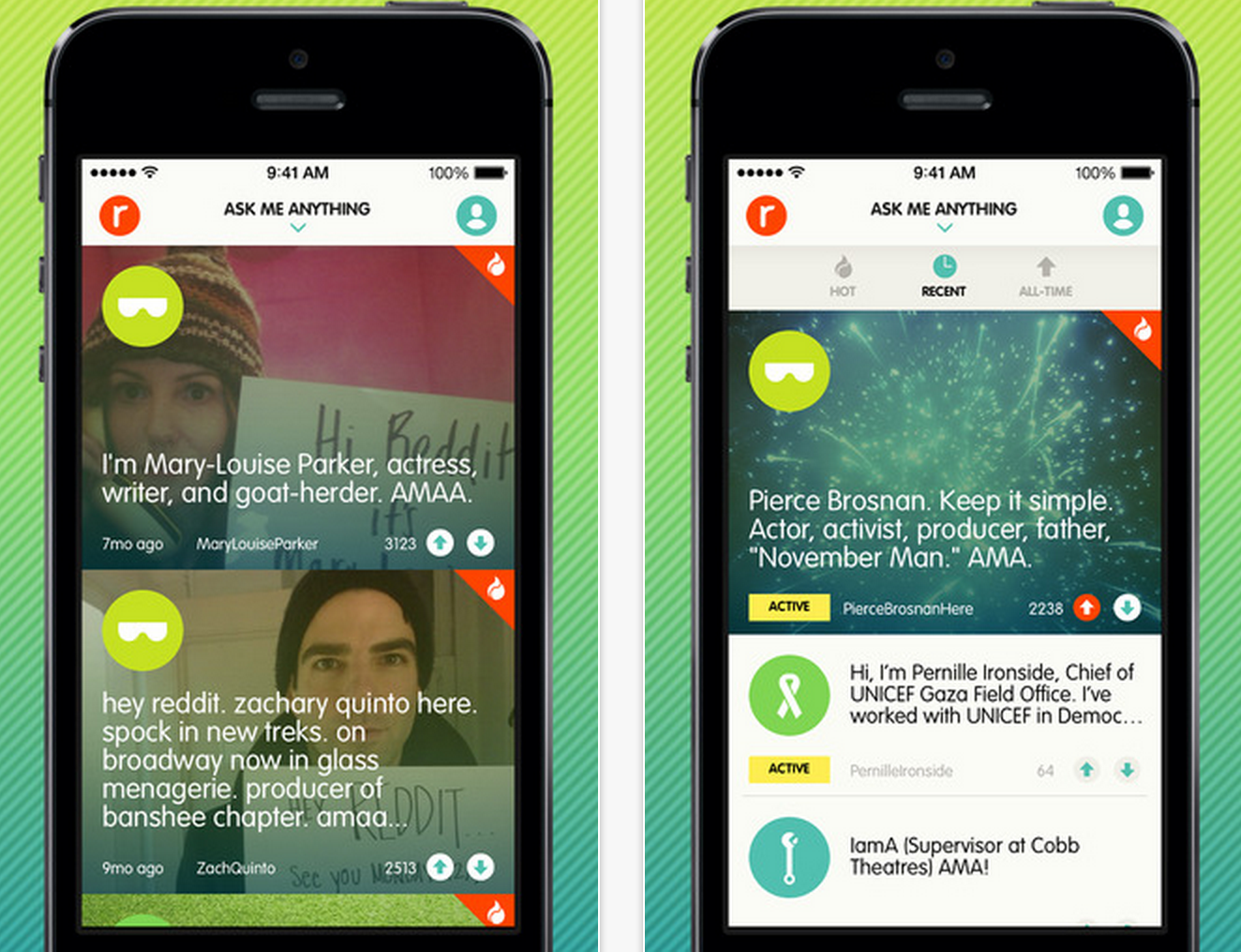 Reddit has unleashed its first official mobile app since 2011 with the new Ask Me Anything (AMA) app for iOS. Coming later this week to Android, the apps are a part of Reddit’s new mobile mandate.

Even though the service is wildly popular and attracts everyone from celebrities to, unfortunately, nude celebrity photos, the company’s mobile growth, like Twitter’s once upon a time, has been largely dependent on third-party services accessing its API.

While that is unlikely to change anytime soon (Reddit’s laissez-faire attitude and libertarian leanings don’t play nice with Twitter’s reductive access policies), the new AMA app is designed in such a way that it makes finding the good stuff much easier. Reddit, like Twitter, is known for its users’ locquaciousness, so being able to filter responses from AMA hosts in a mobile-friendly way is a huge advantage.

Users can log into Reddit to up- and downvote other comments and save favourite threads, but the app doesn’t do much more at this point. Hopefully it’s the first of many official apps from Reddit.

Update: The Reddit “Ask Me Anything” app is now available for Android and is compatible with devices running 4.0.3 and up.