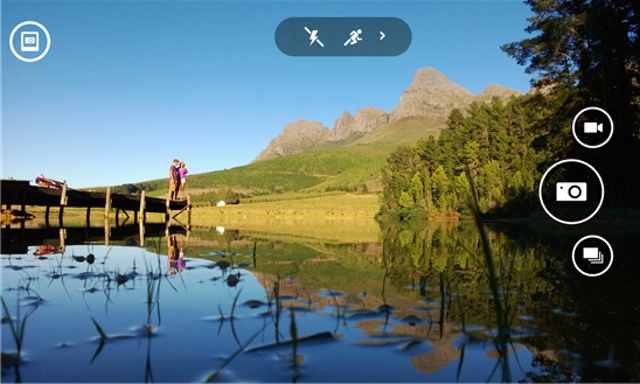 It’s been a quiet few weeks from Nokia since its Devices & Services division was absorbed by Microsoft — the remaining portion of the company released an Android launcher, if you can believe it — but the company is back with a huge update for its Camera app.

The Nokia Camera app has continued to impress with its absolutely gorgeous interface, intuitive features and wonderful speed. Seriously, it’s software like this that showcases what Windows Phone can do with the right developer touch.

Today, Nokia Camera has received a big update, though many of the features are specifically for devices unavailable in Canada — the Lumia 930, Icon and 1520. Those devices receive continuos autofocus and support for Living Images, which automatically creates still images with bits of motion for an added effect.

All Lumia devices, however, gain access to full resolution zoom in the camera roll, which means that Lumia 1020 owners will be able to see the entirety of their 38MP snaps. The gallery app now also displays videos, cinemagraphs, smart sequences and Refocus images inline.

Microsoft appears to be ready to unify the many disparate Nokia Camera apps into a single interface. Right now, users have to contend with opening Refocus or Cinemagraph separately, but with today’s update photos can be edited in Video Trimmer or Creative Studio directly from the camera app, so the others are likely to be added soon, too.

Great news for Nokia Windows Phone users. Now all we need is the Lumia 930 to come to Canada.