Microsoft’s rumoured Surface smartwatch said to be ‘packed with sensors’ 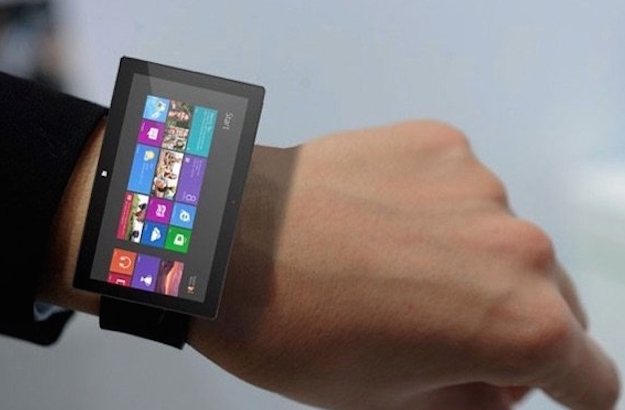 It’s rumoured that Microsoft is planning to compete in the wearable market with a smartwatch. Previous reports indicated that we’ll see a summer release with the the promise of cross-platform compatibility. As for the overall design, Forbes revealed that Microsoft has created a watch that is about the “size of half a stick of gum.”

New details have surfaced from tech site GearLive, whicih states they’ve held a prototype of the “Surface Watch.” The above rumours about the functionality and design are reportedly true. The report noted that Microsoft’s Surface Watch has an “elongated form factor” with a flat display, but the inner portion of the wearable is curved and rests against your wrist, similar to the Samsung Galaxy Gear Fit.

Apparently the watch is “packed with sensors” and puts a prime focus on health and fitness: a heart rate monitor, accelerometer, gyroscope, GPS, and a galvanic skin response sensor that could measure your emotions. The Surface Watch will be available to work across several platforms, including iOS, Android, Windows Phone 8, Windows, OS X, and Xbox One.