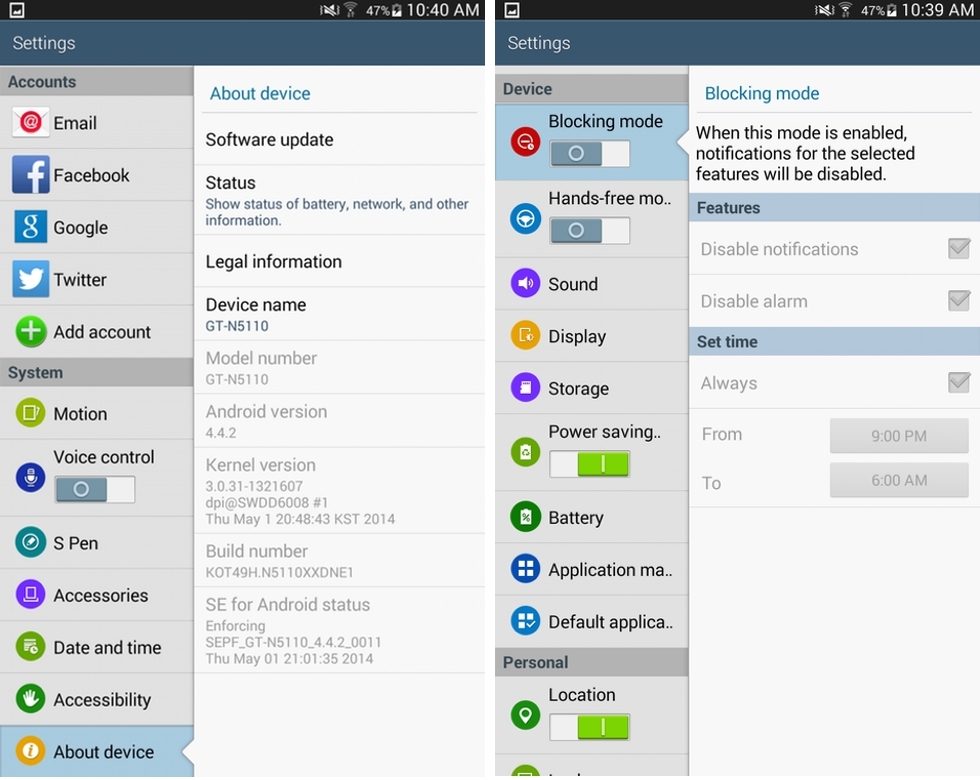 While the S Pen-based tablet has been on sale for close to a year now, it’s nice to know that Samsung has not forgotten about the device. The update to build KOT49H.N5110XXDNE1 doesn’t carry many cosmetic improvements — the software looks nothing like Samsung’s newer tablets, including the NotePRO and Note 10.1 (2014 Edition) — but users can expect performance improvements and better app compatibility.

The device is still on sale for $379.95 at retailers like Best Buy and Future Shop, but the Exynos 4412-based tablet is unlikely to last much longer in the market. No word on when the same update will be released for the LTE-based I467M version, which was available from TELUS until recently.