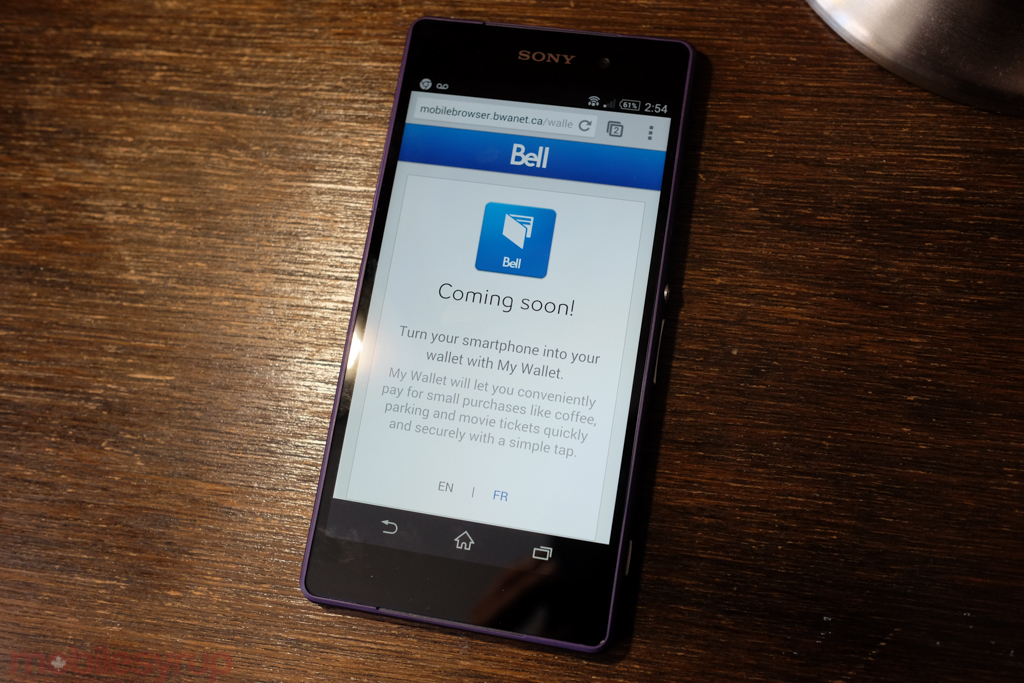 Sony’s latest flagship has been unleashed on the world today, or at least on Canadians, as a carrier exclusive at Bell. The device, which sports a 5.2-inch 1080p display and a 2.3Ghz quad-core Snapdragon 801 SoC, has been hailed for its tremendous build quality, waterproof capabilities and excellent camera, much of which we agreed with in our review.

As a Bell exclusive (until it is available, unlocked and unsubsidized, in Sony Stores early next month), customers get access to a number of services including Bell TV and an upcoming mobile wallet feature, as well as many Sony bonuses like eight PS Mobile games, six free movies and a download of Michael Jackson’s new album, XSCAPE.