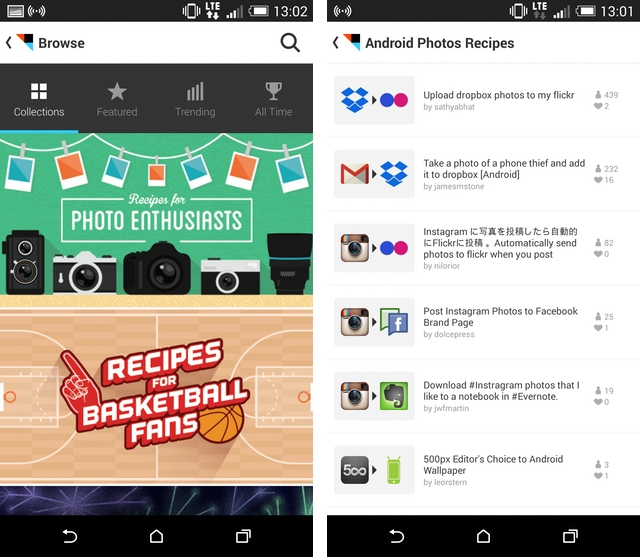 IFTTT (If This Then That) has released its long-awaited Android app to the Play Store today, after a brief open beta period.

The startup has gained quite a bit of recognition for its ability to bridge platforms and services to create “recipes,” or actions that derive from a set of triggers. Initially available on the web, IFTTT released an iPhone app last year with its own special channel, taking advantage of the phone’s location or photo gallery to set off other actions.

The Android version, which has been in development for at least six months, has six Android-specific channels, including Device state, Location, Notifications, Phone Call, Photos and SMS. All of these can be used as triggers to set off actions with other services.

For an experience closer to home, I created a recipe that monitor’s MobileSyrup’s RSS feed for the word “Contest” and issues an Android notification on your phone.

If you manage to create some cool Android-specific recipes, let us know what they are.