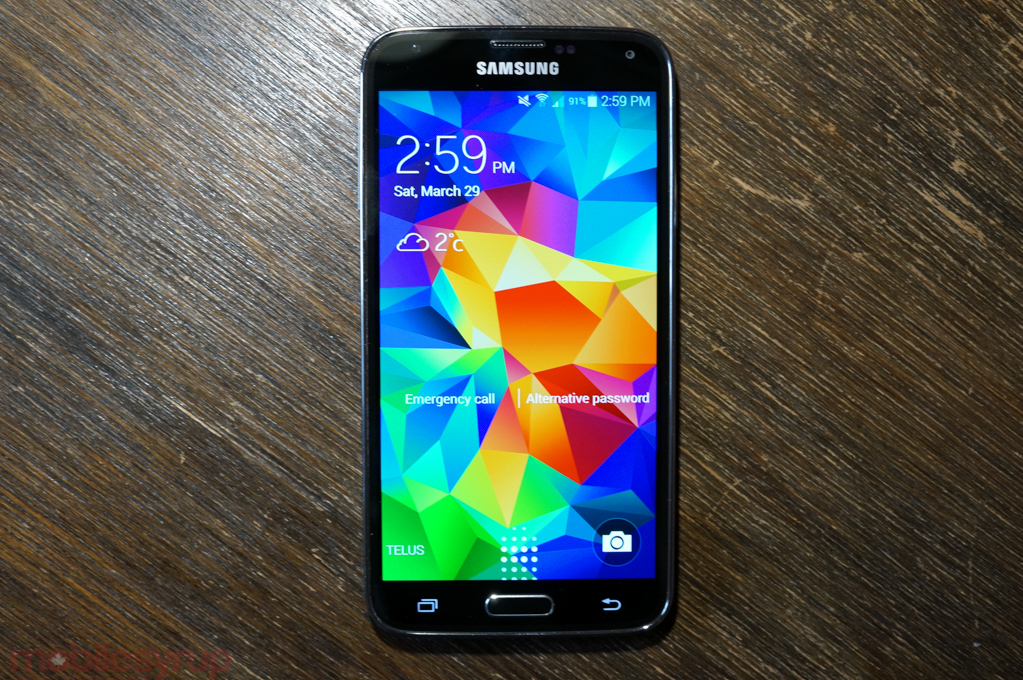 In the second high-stakes trial in a year (the first ended with Samsung owing Apple almost a billion dollars), Samsung and Apple are once again at loggerheads over patents.

Apple is suing Samsung over five software utility patents — no hardware design issues this time — that the company claims were used in a number of its devices, including the Galaxy Nexus, Galaxy Note, Note 2, Galaxy S II, Galaxy S3 and a number of US-exclusives.

Most of the patents are integral, Apple claims, to the practical use of iOS as a whole, including “slide-to-unlock” and universal search, which incorporates web and local data into a single text input. Apple is suing for approximately $2 billion this time, or $40 per device sold, while Samsung is countersuing over two patents for around $7 million. 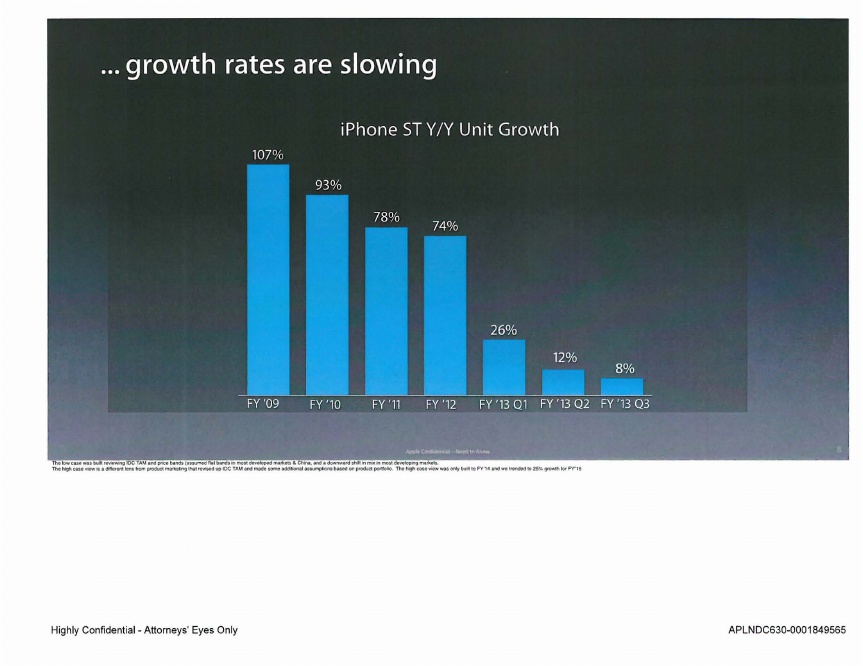 In order to make its arguments, Samsung released a number of documents it acquired detailing the California company’s anxiety over Samsung’s quick growth. In a document called “FY’14 Planning Offsite,” Apple shows the slowing year over year growth of the iPhone and boldly claims, “Consumers want what we don’t have.” 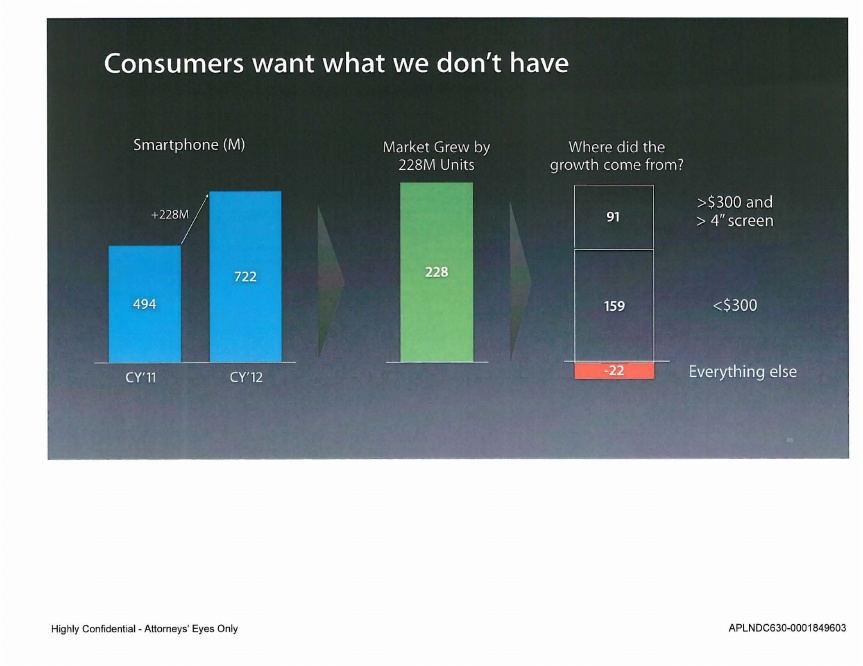 In other words, Apple recognizes that it needs to develop a larger iPhone, which had lead to speculation that the iPhone 6, coming later this year, will sport a screen 4.7″ to 5.5″ in diameter.

Samsung, however, also created a document showing how clearly it was aiming its sights on Apple. “Beating Apple is #1 Priority (everything must be context of beating Apple),” claims one line. “Threat from Apple is extremely real and urgent,” claimed the report from early 2012. 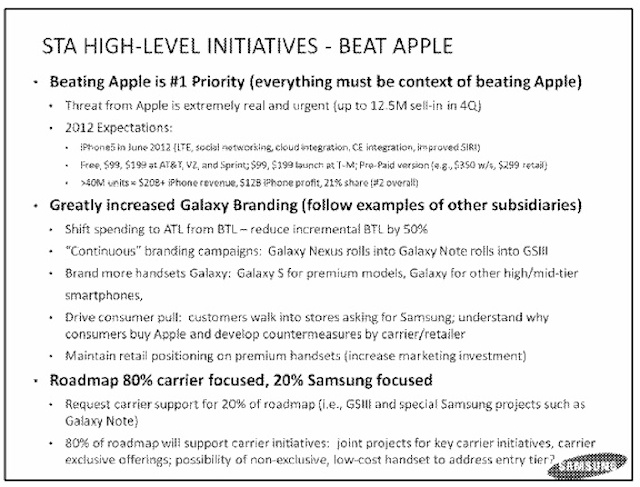 The goal of increasing the Galaxy brand’s prominence was already alive and well then, too, right before the Galaxy S3 was announced. “Greatly increased Galaxy Branding,” claims another headline, with “‘Continuous’ branding campaigns: Galaxy Nexus rolls into Galaxy Note into GSIII,” identifying the benefits of what happens when a consumer associates a single word with an entire company.

Ultimately, Samsung’s goal then, as it is now, was to “Drive consumer pull: customers walk into stores asking for Samsung; understand why consumers buy Apple and develop countermeasures by carrier/retailer.”

Apple also recognized this, saying in one of its slides that competitors are “Spending ‘obscene’ amounts of money on advertising and/or carrier/channel to gain traction.” There’s no doubt which Android OEM Apple was referring to there.