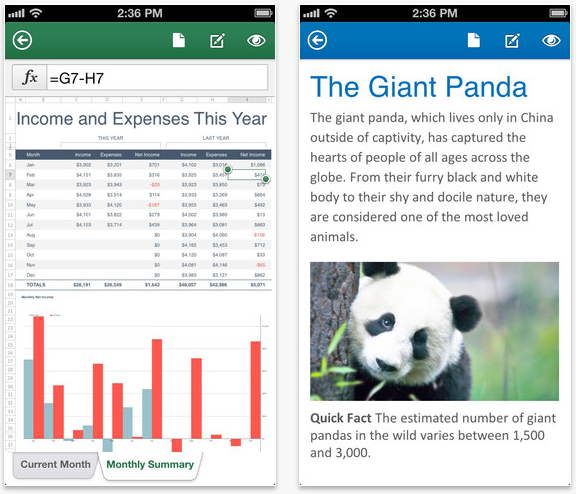 Microsoft has removed the need to pay for a monthly or yearly Office 365 subscription to access the admittedly-limited Office for Android and iPhone apps. On the day the company launched its long-awaited Office for iPad suite, which includes three separate apps, Word, Powerpoint and Excel, they are opening the “starter kit” to all users.

Office for iPhone and Android smartphones has been around for nearly a year, but required a cloud subscription of upwards of $100/year to edit documents; with this requirement lifted, the apps now pose as gateway drugs to the Windows and Mac desktop suites, as well as the new Office for iPad version.