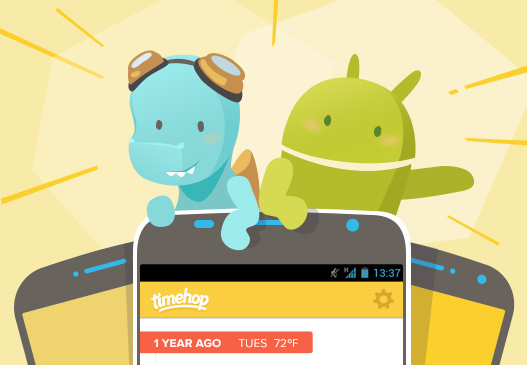 Popular photo and social media update recollection tool, Timehop, has finally come to Android, after spending all of its mobile life as an iOS exclusive.

The app allows users to plug into their Facebook, Twitter, Foursquare, Instagram and Dropbox accounts and displays content from one year, two years and three years ago. It’s a great way to catch up on what happened and remind you of how stupid you were in 2011.

The company raised $3 million in mid-2013 to hire an Android developer and improve the iOS experience, and the company says over a million people have downloaded the app to date. User engagement is also quite high, with 40% of users opening the app every day. Because of its single-purpose design, Timehop has transcended other throwaway photo-sharing apps, and because it doesn’t inundate users with notifications — just one per day, when your custom Timehop is ready — people tend to keep it around longer.

‘Fortnite’ still playable on iOS, but won’t get new content