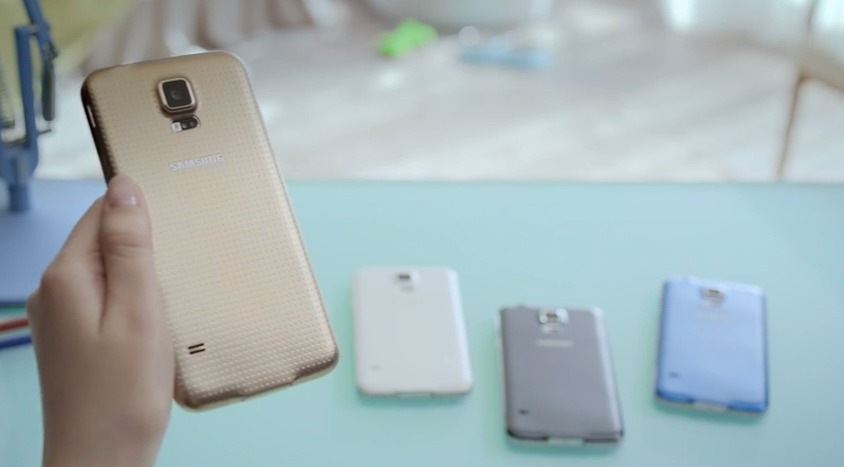 Samsung, like Sony and a few other OEMs, often post homegrown hands-on videos, getting in before all the bloggers tear down the various minutiae of their new, hard-won flagships.

While the Galaxy S5 may not appear to be vastly different from its predecessor, the video successfully illustrates the ways users can take advantage of the better camera, bigger screen, faster processor and new sensors like the fingerprint scanner and heart rate monitor, along with IP67 water and dust resistance.

We’ll have to wait until April, when we get a chance to try it ourselves, before making conclusions on its superiority — the textured matte backing alone is worth the price of admission in our books — but this is Samsung at its most constrained, and that’s a good thing.

Perhaps less of a sure thing are the three new Gear products coming soon, the Gear 2, Gear 2 Neo and Gear Fit. Of the three, the Fit looks the most interesting, with a curved AMOLED touchscreen and built-in heart rate monitor, but the lack of Android app support will see Samsung having to convince third-party developers that HTML5, CSS and Javascript are viable tools to create wearable apps.