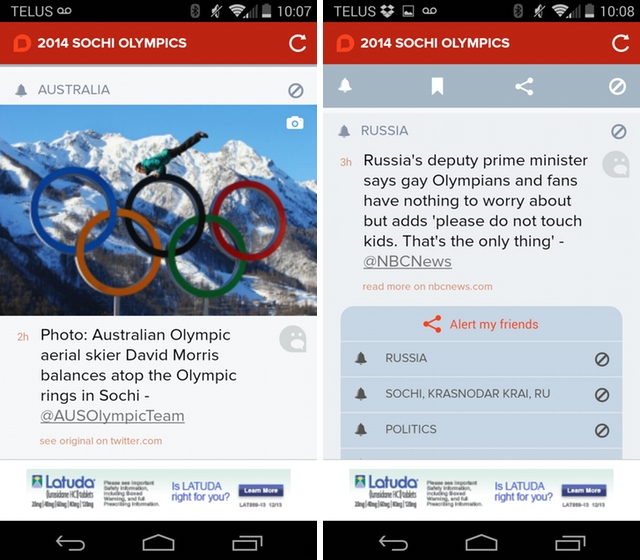 After relaunching its iOS app late last year, NBC News-owned Breaking News has revitalized its Android app with many of the same benefits.

Along with a new design that makes it easy to keep track of specific topics — and easy to mute ones you don’t want — Breaking News now supports news alerts, high-resolution photos and more.

Each story is accompanied by a map that shows you exactly what parts of the world are affected, and the Android version supports a widget for tracking stories on your homescreen.

The redesigned Android app, despite sporting the same design as its iOS counterpart, doesn’t feel quite as snappy when scrolling or loading articles. Hopefully the team can improve performance over time, but competitor Circa still has an edge on Google’s platform.

Circa for iOS and Android receives Daily Brief feature, redesign