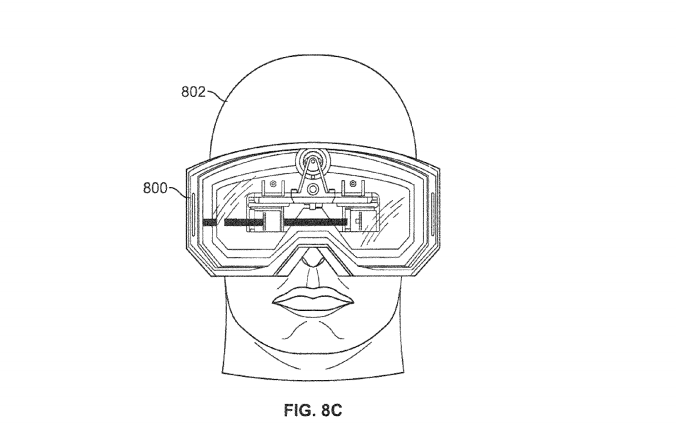 Apple was granted a patent yesterday for a type of heads-up display, once again igniting rumours that the tech giant is getting ready to enter the wearable space. But those hoping that Apple will go head-to head with Google Glass may be disappointed: the patent describes a device that would bring a goggle-like system to the market, more akin to a video headset than a pair of smart glasses.

The patent describes the goggle system as looking like a pair of ski or motorcycle goggles, almost similar to Recon’s Snow2. The filing explains that the outer frame may be removable, to facilitate personalization. 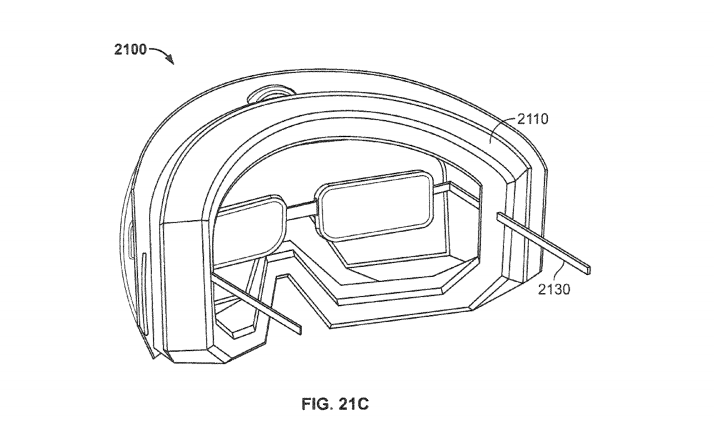 The goggles can also be hooked up to a media system. The patent, which was filed in 2008, displays the goggles wired up to an iPod, but the filing does suggest other devices could be connected over Wi-Fi or Bluetooth. They would also have the potential to download or stream media directly.

Though the main purpose of the goggles appears to be the consumption of video-based media, if you wear glasses, don’t worry: Apple’s goggle system will account for differences in eyesight. Optical modules can also be used to make things appear farther away as well as give them depth to give the user the illusion that they are viewing things in three dimensions. 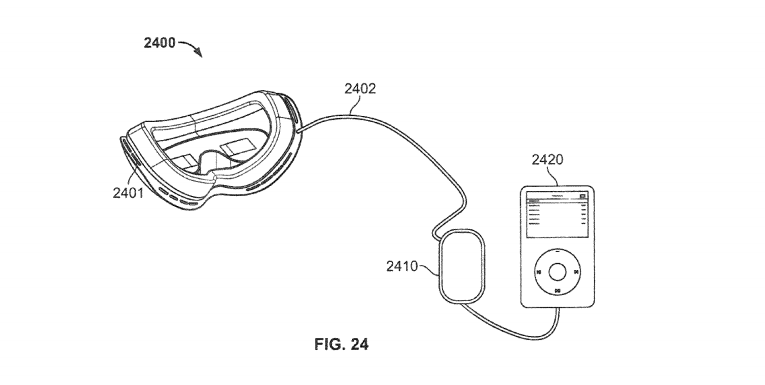 The patent goes on to describe a potential menu system, along with an interface made up of a button, keypad, touch screen or touch pad or any combination. This interface would allow users to playback media, control volume, and adjust the luminosity of the display. Audio would be accessible to goggle users through a speaker or a pair of noise-cancelling headphones.

This isn’t the first patent that Apple has one that describes video eyeglasses. Back in 2009, Apple won a patent for an iPod video headset.