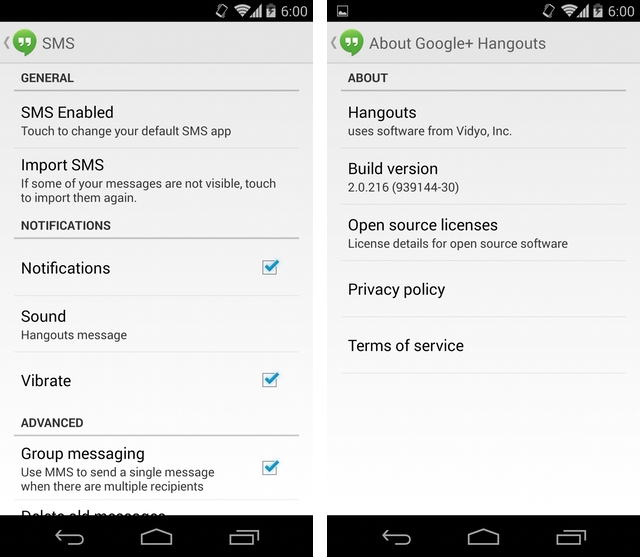 Google has updated Hangouts for Android to version 2.0.2 today which fixes its extremely broken MMS functionality.

We previously reported that MMS was not working for many users who relied on Hangouts as their de facto messaging app; not only were APN settings incorrectly parsed for many Canadian carriers, but all SMS messages sent to multiple recipients were sent as multimedia messages, oftentimes incurring charges as a result.

This new release now reads APN settings from the main Android settings when appropriate and, for some manufacturers like Samsung, allows users to manually input MMS APN settings within the Hangout app itself.

It also allows for importing of older messages from other SMS apps and, when MMS is not a viable option, to use the SMS protocol to send messages to multiple people.

The rollout is happening slowly, be patient for the update to come, or head to Android Police for the APK.