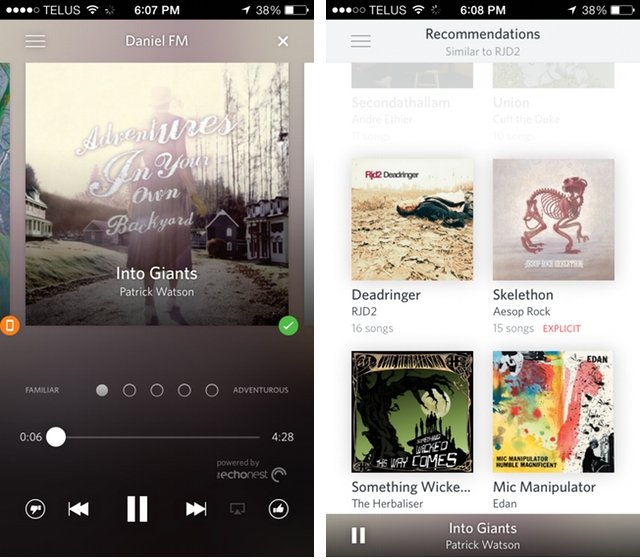 Rdio has once again taken a web- and desktop-based feature and brought it to mobile devices. The newest version of the streaming music app for iOS adds a Recommendations section that, based on artists you’ve listened to, gently suggests similar material. The section also notes your previously-listened playlists and stations and recommends lists that you’d like, too.

Also new in the app is a more intuitive user interface for Stations, which was added in the most recent release before this one. It now previews the next track and shows an outline of the former one, letting you slide between them with ease. Of course, Stations is powered by The Echo Nest, one of Rdio’s most prominent partners in its endeavour to provide deep, accurate recommendations for new music.

No word on when the features are coming to Android, but it shouldn’t be long now. The company also released a major new Windows Phone version last week that adds a number of improvements to streaming, caching and stability. Unfortunately, the Windows Phone app still doesn’t support many of the best features from other platforms, namely Stations, but we’ve heard they’re adding them in the near future.

Rdio is shutting down on December 22