Apple Retail Stores opening at 8:00am on November 1st for iPad Air 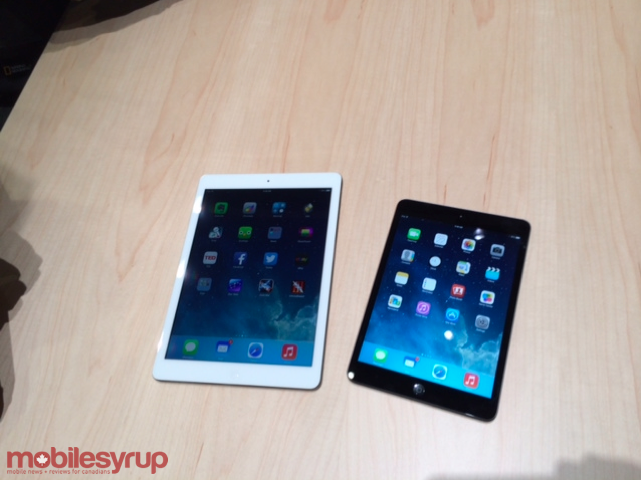 The new iPad Air will be available to Canadians on November 1st via Apple’s online and retail stores, select Canadian carriers, and various big box locations. So there’ll be many places to purchase this tablet.

Just like last year, we’ll probably see lineups form later this week at the 29 Canadian Apple Stores. This is a quick reminder that Apple will open its doors at 8:00am EST at all Apple Retail Stores, plus if the tradition continues Apple will also go live with online orders at 12:01am PST (3:01am EST). Here’s the pricing:

The iPad mini with Retina will be available sometime “later in November.”
Also, have a gander at our ongoing new iPad poll here. Interesting stats.