Many apps receive interface overhauls for iOS 7, including theScore and Camera+ 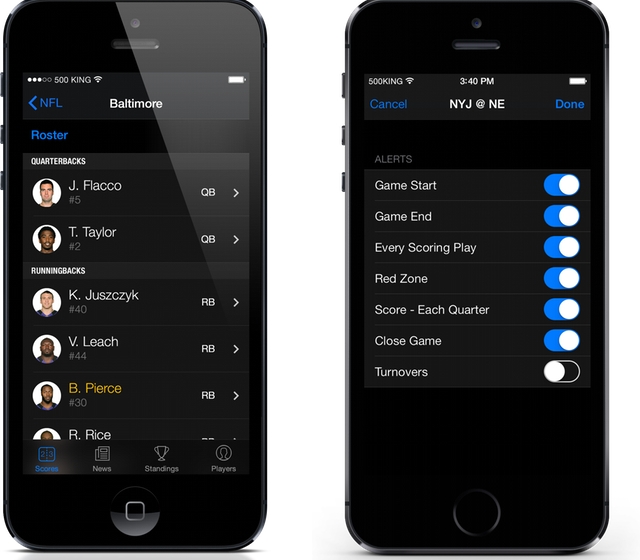 While many users will either be tepidly or excitedly updating their iPhones to iOS 7 today, developers are also set to inundate users with corresponding app updates.

Thousands of active apps have received minor updates in recent days, some offering basic support for Apple’s new mobile OS while others have taken this opportunity to adopt a flatter, more gesture-friendly design.

One particular update includes Toronto’s theScore, who develops one of the platform’s most popular sports news apps. While the app itself certainly looks better, adding layers of translucency and fluid animations, what matters more is how the team has implemented some of iOS 7’s best features. Background updating is now possible based on when a user most often enters the app; theScore will detect this and have content ready accordingly. Apple’s new OS takes advantage of the phone’s processor and baseband when in use for something else — updating email, for example — by tacking on updates for certain apps as well. This ensures CPU load doesn’t spike too often, leading to battery drain from constant background processing.

Other apps, such as the excellent Camera+, have received updates to reflect not only the new style of iOS 7 but its new APIs as well. Users can shoot natively in a 1:1 ratio (square) as well as adjust for exposure compensation before the photo is even taken. Also of note is the ability to share photos through AirDrop, a new peer-to-peer sharing feature.

Others in on the game early include Shazam, which, along with a new design,now lets users share Shazamed moments with friends; Slacker Radio, which adds a My Vibes section to parrot Songza; and Foursquare, which not only adds one of the nicest icons we’ve ever seen but a new design to complement iOS 7’s flatter look.