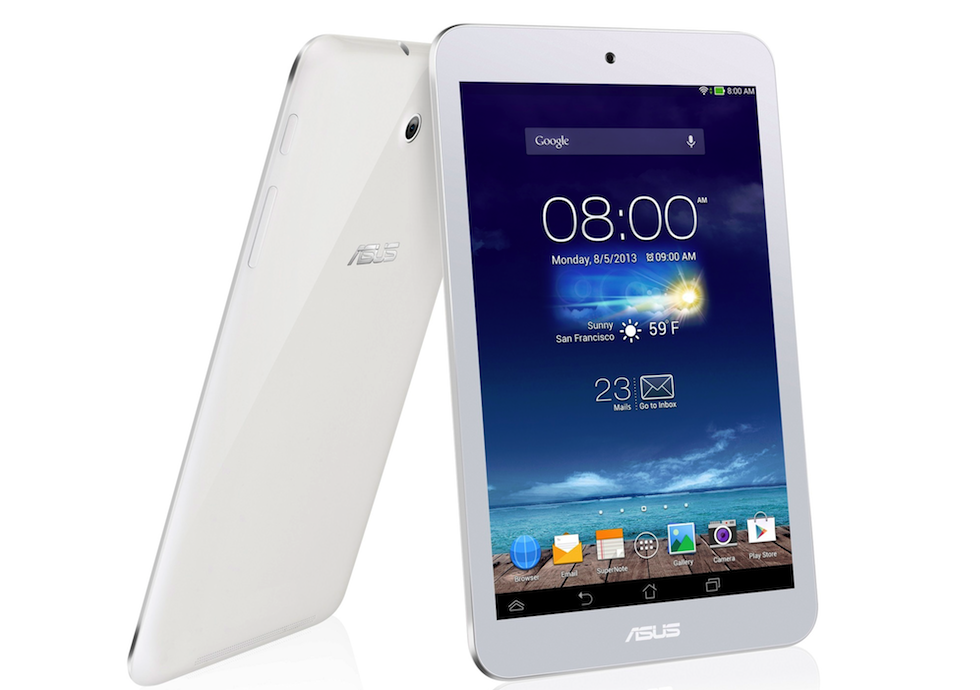 Asus has unveiled two mid-range Android tablets at IFA 2013, the MeMo Pad 8 and MeMo Pad 10. Very little differentiates the white-and-plastic devices from one another aside from screen size, so let’s get right into it.

The 8-inch device sports a 1280×800 pixel backlit IPS display with 10-point multitouch, a 1.6Ghz quad-core processor, presumably made by MediaTek, 1GB of RAM, 16GB of internal storage with a microSD slot, a 5MP rear camera capable of shooting 720p video, a 1.2MP front camera, a 3950mAh battery and the requisite sensors, WiFi and Bluetooth.

Coming in at 350g, this is only slightly heavier than the Asus-built Nexus 7, and at 9.95mm thick is slightly thinner, too. 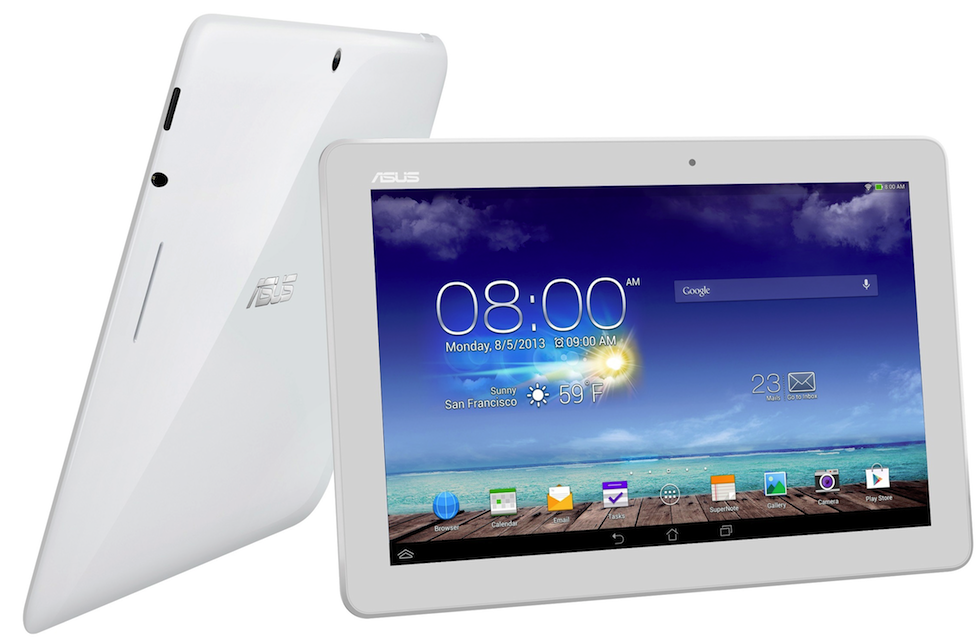 The MeMo Pad 10 shares the same 1280×800 pixel IPS display, though it is obviously nominally less dense, and will come in 8GB and 16GB variants.

Both devices run Android 4.2 Jelly Bean and will be adorned with many of the “value-added” optimizations that we considered in the MeMo Pad HD 7 review.