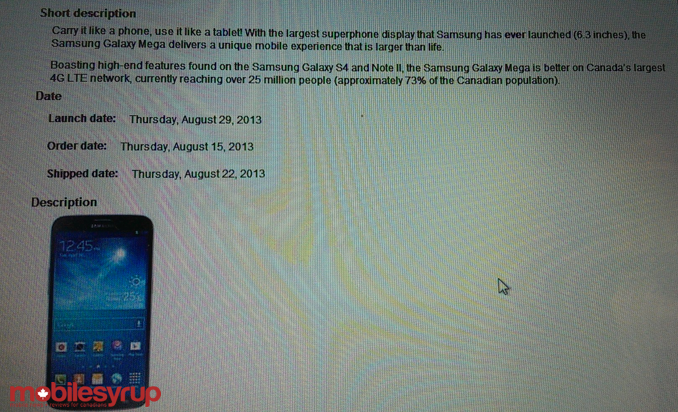 Can’t argue with that line. Samsung recently announced that the Galaxy MEGA will be launching in Canada ‘in the coming weeks.” Both TELUS and Rogers were quick to confirm its release and now we can confirm that Bell will joining the party, too.

According to an internal doc we received it reveals the Galaxy MEGA ‘delivers a unique mobile experience that is larger than life.’ True – the screen size is almost reaching the tablet space at 6.3-inches. In addition, for those interested in scoring the MEGA as their device of choice, which is targeted to the back-to-school crowd, then you can all mark Thursday, August 29th on your calendar.

The MEGA will only be available in Black and we’re hearing the price point will be somewhere around the $600 outright mark.