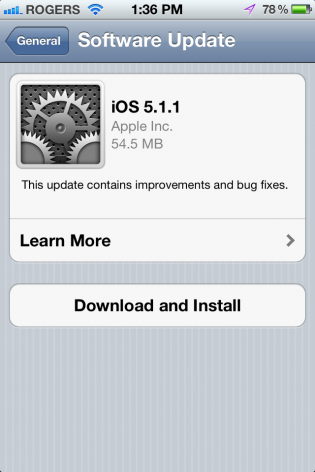 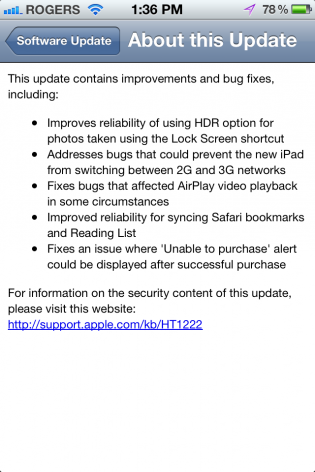 Apple has released a bugfix update for the iPad, iPhone and iPod Touch, incrementing to version 5.1.1. The 54.5MB file addresses some outstanding issues that were either overlooked or introduced in 5.1, such as HDR photo taking and AirPlay video playback.

If you’re already running a device with iOS 5.0 or above, you can go to Settings/About/Software Update to download the file over the air. If not, head on over to iTunes with your phone or tablet plugged in.

The full changelog is as follows: