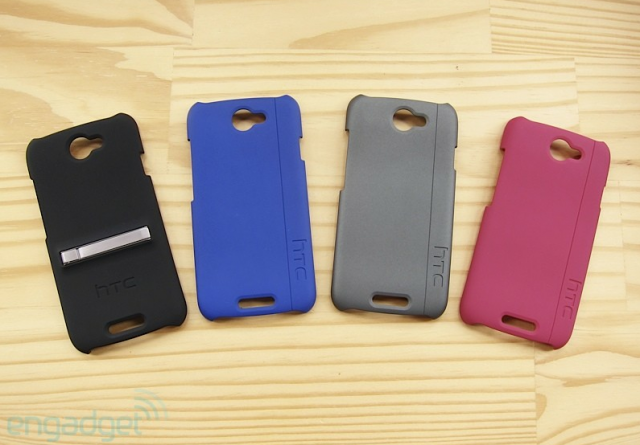 The HTC One S is coming soon to Canada, and if you’re looking to protect its high-quality aluminum finish, look no further than HTC’s own case for the product.

The official cases will come in two varieties and many colours, as evinced by Engadget, who got a sneak peak at the wares yesterday. The cheaper version will run $24.99 and is made with a moulded plastic shell that should prevent scratches and absorb most shocks. These models will be available in gray, dark red and navy blue. The more expensive black model will have an integrated kickstand and run $39.99.

It’s nice to see HTC working to ensure that its beautiful One Series phones stay scuff-free. By paring down the number of products it is releasing, the company can expand its accessory line.

The HTC One S is being released in Canada on May 17th, and we had a hands-on with it during MWC.