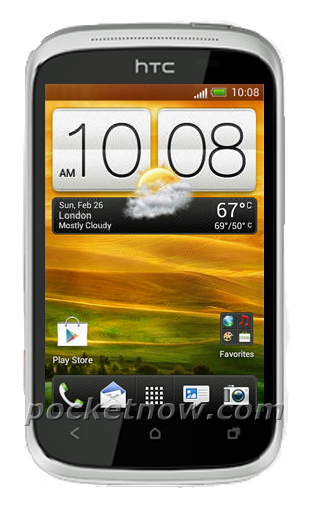 If you thought that HTC would be able to hold back on its phone releases this year, you’d apparently be wrong. While the company’s renewed focus has led to the distribution of a unified “One” brand, they seem content to continue their tradition of low-cost devices for other providers.

The HTC Golf looks to be in that vein, coming in at similar proportions to the Wildfire and Wildfire S. Internally, the Golf (which is a codename and not a shipping product) looks to have a 600-800Mhz single-core processor, 512MB RAM, a 5MP camera and 4GB of internal storage, along with Bluetooth 3.0. The screen is a 3.5-inch HVGA (480×320 pixels) and the device will ship with Ice Cream Sandwich and Sense 4.0.

We hope that the Golf doesn’t do any damage to to the One brand when it’s released, but it could be an excellent low-cost alternative and one of the first entry-level devices running Android 4.0 when it’s released later this year.