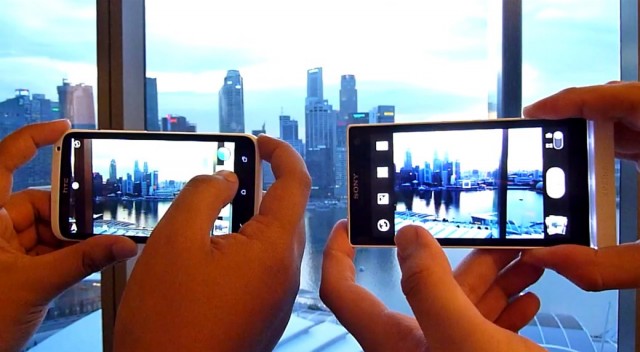 The Sony Xperia S and HTC One X both boast fantastic cameras, with the former coming out on top in terms of sheer megapixels. But despite having a dedicated shutter button, the Xperia S doesn’t manage to beat the One X in everything. Malaysian blog SoyaCincau took both devices and tested them head to head in a “sleep-to-snap” comparison, doing multiple unscientific tests to prove which one is the faster beast.

Turns out, though, that neither of them is a clear winner. While the Xperia S obviously wins the sleep-to-snap by virtue of having a dedicated shutter, the One X takes photos faster once inside the camera UI, and the results, especially in burst mode, are significantly clearer. The One X also boasts better low-light quality as it has a wider aperture and a dedicated noise suppressor.

Check after the break for the full video.