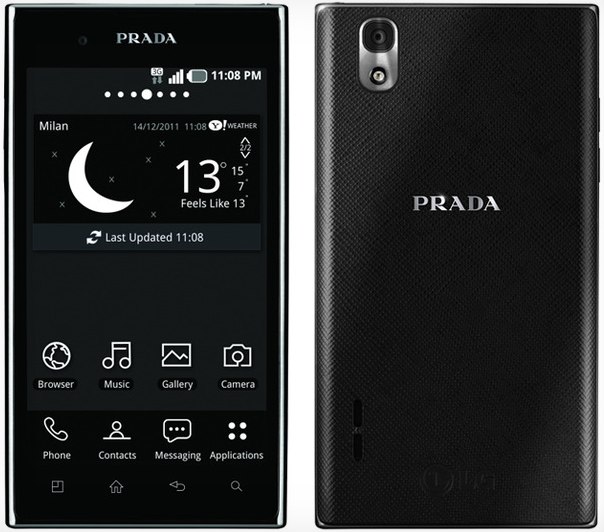 The LG Prada was the height of fashion when it debuted in 2007, but we’re in smartphone country now. Well, the two companies are teaming up again to bring us an Android phone in a sleek black package, equipped with a 4.3″ super-bright NOVA Plus display and a 1 Ghz dual-core TI OMAP 4430 processor.

As attractive as the device itself may be, the disappointing 800×480 resolution brings back memories of a simpler time. It is adorned with Gorilla Glass and an 800nit backlight which should be plenty usable in direct sunlight, but we’ll have to see for ourselves.

Rest of the specs are pretty standard: 8MP camera with 1080p video capture, 1540mAh removable battery, 8GB internal storage with microSD expansion along with Bluetooth 3.0, WiFi N and NFC capabilities. Inside will have a HSPA+ radio of unknown speed and will measure 127 x 69 x 8.5 mm, which is pretty darn thin. It should also be launching with Android 2.3 Gingerbread.

No word on a Canadian debut but we’ll keep you posted.

Source: LG Germany
Via: The Verge