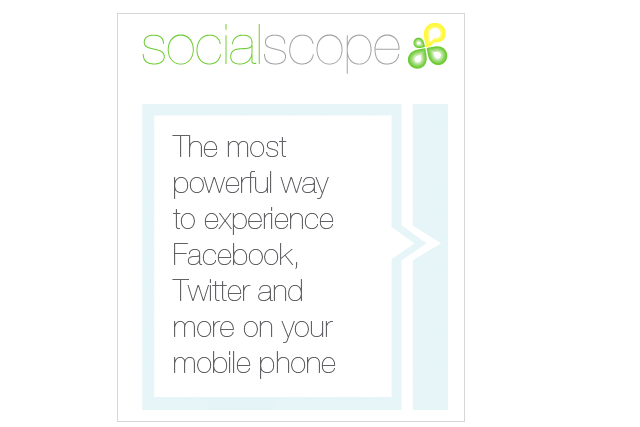 Social networking users on the BlackBerry platform are likely well aware of Socialscope, arguably the best, and most exclusive, Twitter and Facebook app available. The company, which is about as secretive as Apple when it comes to their projects, has announced a publicly available alpha of their new Android app.

According to the company, “For the last few months we have been working night and day on something very special for Android users. Something totally new, totally different and totally awesome.” From the looks of it they have taken the effortless integration of Facebook, Twitter, Foursquare and Flickr and brought it over to the Android platform in a very simple and easy-to-use interface.

Along for the ride this time are Instagram and Tumblr integration. The company says that this alpha version contains lots of bugs and requests feedback from its users.

If you’re already a Socialscope member you can request a download by going to their Alpha website, otherwise head to their main site to sign up.