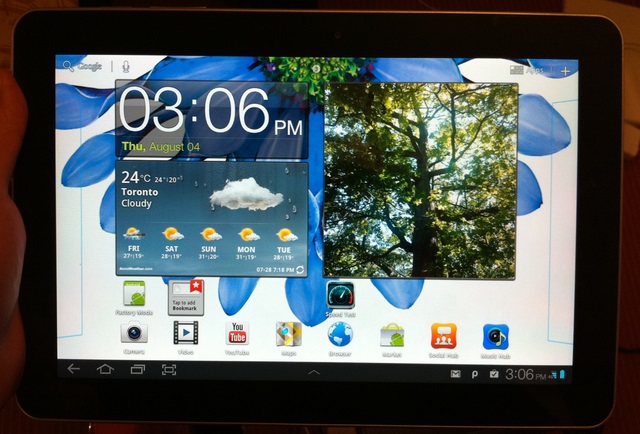 Wow, what a mouthful. The Telus Samsung Galaxy Tab 10.1 4G is coming soon, and we got a chance to take it for a test drive. It’s largely the same device as the one we looked at in June, but now instead of running stock Honeycomb, the Android 3.1 tablet has the TouchWIZ overlay on top. Unlike on a Samsung phone, however, the inclusions are understated, attractive and largely useful, and add a lot of functionality to the Honeycomb experience, filling in many of the blanks left out so far by Google. 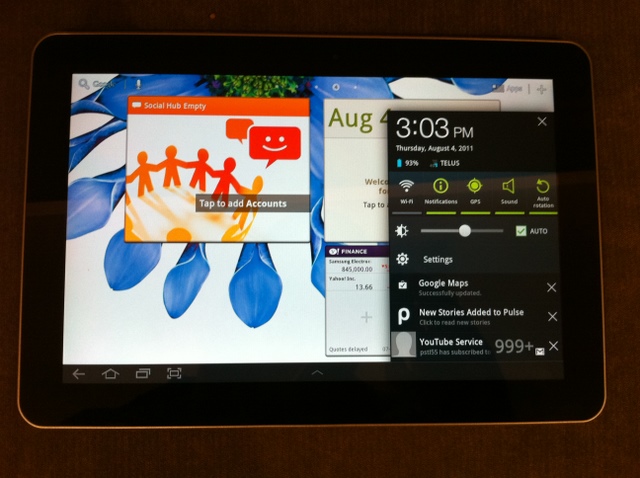 Firstly, the menu area has been revamped to support quick toggles, straight out of the Gingerbread notification bar on the Galaxy S II; they scroll from left to right and offer one-touch access to WiFi, GPS and brightness, among others.

There is also a permanent arrow located at the bottom middle of the screen, which when pressed pop up six static widget icons such as Quick Note, Calendar and Calculator. A very good idea which maximizes the tablet real estate, Samsung have also included several home screen widgets that will be familiar to anyone running a Galaxy S phone. From Social Feeds to Accuweather, all the widgets have been expanded for the tablet screen, and their size is editable, too. 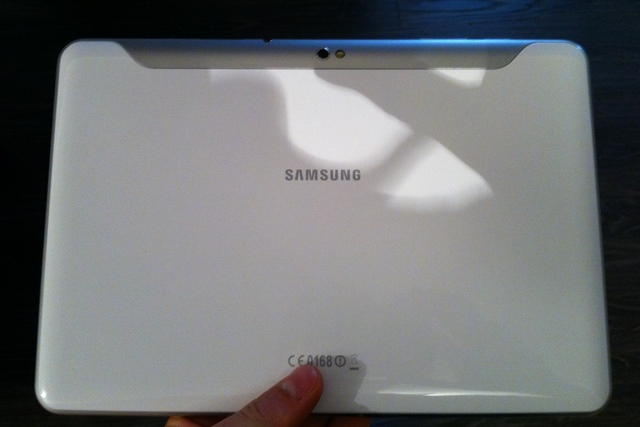 The keyboard has improved since the initial roll-out. Supporting two sizes, there is also the option to enable handwriting recognition, complete with gesture support to delete a word or change a letter. For the most part the handwriting works quite well, and the gestures are not only intuitive but useful, though it wouldn’t replace our QWERTY keyboard for everyday text input.

General UI performance seems to be improved quite a bit since the last build, but the hardware has stayed the same: a dual-core 1Ghz Tegra 2 SoC, 1GB RAM (750MB user-accessible), 16GB internal storage (13.5GB user-accessible), 3MP back camera with flash, 2MP front camera, 1280×800 pixel screen. It’s still thin at 8.6mm, and weighs a luxurious 565g, making it significantly lighter than its competitors. Build quality remains robust, though the white plastic back is a fingerprint magnet. The screen is bright and colours are excellent, though this is definitely not a Super AMOLED display, and it shows: blacks are not as dark compared to the Galaxy S II, and colours lack the same vividness. 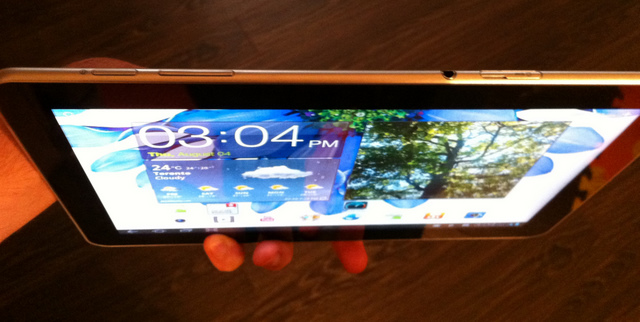 The main attraction, however, is the SIM card slot and subsequent 4G connectivity support. Running off Telus’ HSPA+ network, the Galaxy Tab 10.1 has a theoretical maximum speed of 21Mbps, though we didn’t quite reach those numbers in our limited tests. Results of 3-5Mbps download, and 1-3Mbps upload, were more common.

We’re hoping that the Galaxy Tab 10.1 4G, when it’s released, will have a reasonable price tag attached to it, though we know that the WiFi versions will be $499 for 16GB and $599 for the 32GB, putting it $100 above the Asus Transformer. 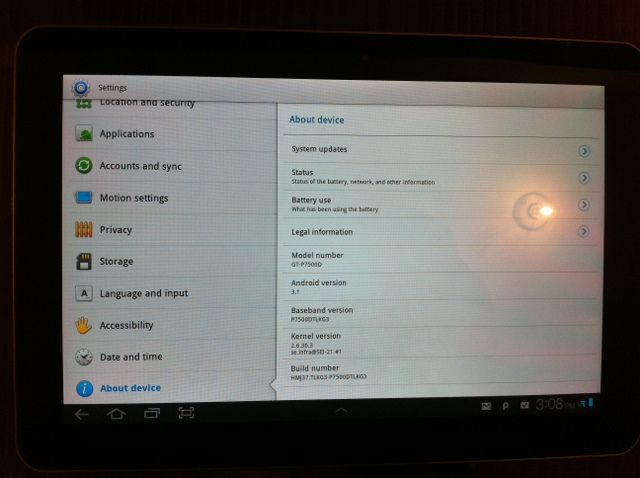 We’ll have a full review for you shortly, but for now enjoy the pictures and video. 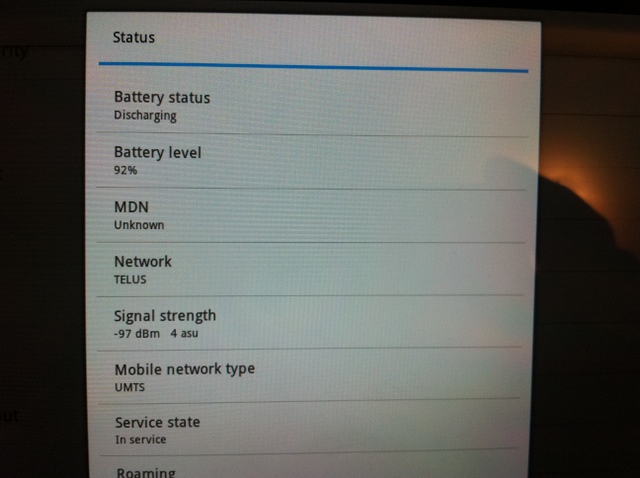