Image: This is apparently what the “3rd Nexus” test device looks like 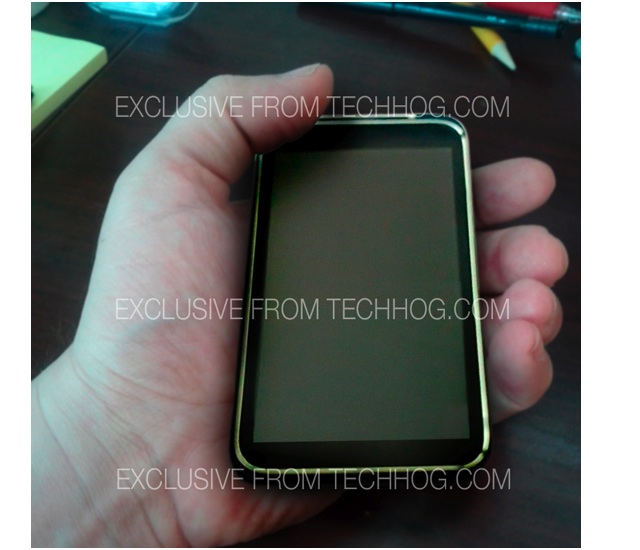 There are rumours that Google is in talks with LG or HTC to produce the follow up to the Nexus One and Nexus S. The image above is apparently an early stage testing device of the “3rd Nexus” and was supplied by “a buddy that works in the Android Dev labs”. Unfortunately there are no pictures of the backing and the front is missing the familiar back, home, search and menu buttons… but the upcoming version of Android, Ice Cream Sandwich, will not will not need the standard Android navigation buttons. In addition, the test device in the pic looks strikingly similar to the iPhone 3GS and the Galaxy S but the report stated that “the exterior is most definitely going to change from what they are testing”. There’s also a front-facing camera hidden under the shadow of thumb.