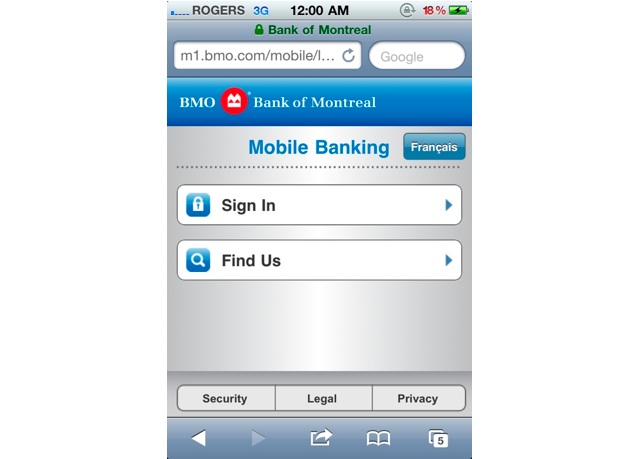 Majority of the big Canadian financial institutions all have a mobile app where customers can easily do various forms of mobile banking via their phone. ING, CIBC, TD Bank, Scotia Bank, RBC and Desjardins to name a few. Bank of Montreal recently launched their mobile version of their website where users can check accounts, transfer funds, locate branches and hours of operations… but coming sometime this April BMO tweeted that they’ll be releasing an iPhone app too (no official date has been announced yet). The same features as above but will also have the ability to receive instant notifications about your accounts.