Rogers to launch the BlackBerry Torch and Bold 9780 in White 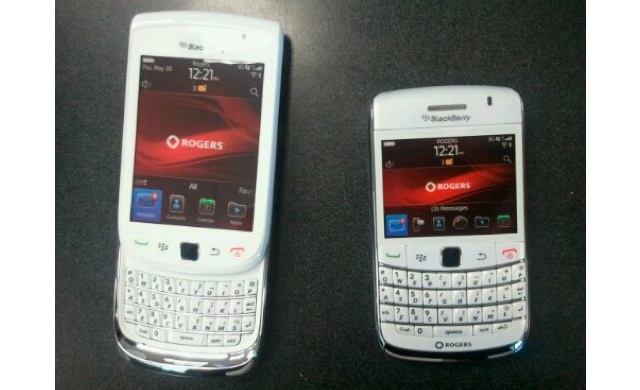 Rogers usually has been the carrier who had a lock on all the white version of a BlackBerry device. This year the times have changed as Bell and Virgin are looking to carry various white models. However, just when you thought Rogers wasn’t going to carry a white model… dummy devices in white of both the BlackBerry Torch 9800 and the recently released Bold 9780 have started to arrive at stores. No word on when these will be released but it should be within the next couple weeks, in time for the holiday push.